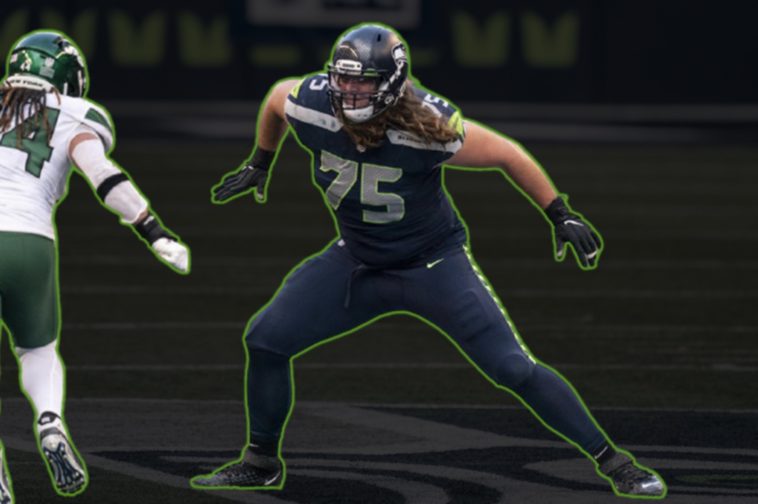 Not a great start to the Seattle Seahawks offseason, and in general, an awful story to see at all times. Seahawks reserve offensive lineman, Chad Wheeler, is in King County jail after being arrested for domestic violence… assaulting his girlfriend at a residence in Kent. Not sure what the plan moving forward is, but clearly the Seahawks should and most likely will cut all ties with Wheeler within the next week.

Seahawks player Chad Wheeler was being held in King County Jail on Monday night after being arrested on suspicion of felony domestic violence, accused of assaulting his girlfriend at a residence in Kent.https://t.co/8a51JmSy3C

Seattle Seahawks tackle Chad Wheeler was in jail on Monday night following a Saturday arrest on assault and domestic violence charges, according to Bob Condotta of the Seattle Times.

Police responded to a call of a woman locked in a bathroom amidst a physical fight with her boyfriend. Wheeler is alleged to have strangled the woman to the point of unconsciousness. Upon regaining consciousness, she locked herself in the bathroom before Wheeler picked the lock and entered the room. Police entered the apartment amid screaming and found Wheeler standing beside the woman.

The victim was taken to the hospital due to arm pain. Police were told on the call that the victim had dislocated their shoulder. Wheeler is being held on $400,000 bond and ordered not to contact the victim and to surrender any weapons.The police report said Wheeler had been on medication for bi-polar disorder but he had not been taking it recently.

Wheeler, a reserve tackle for the Seahawks, played in five games this season for the team due to injuries at right tackle to Brandon Shell, Cedric Ogbuehi and Jamarco Jones. He is a restricted free agent.

The Seahawks told the Times in a statement: “We are aware of the situation and still gathering information.”

Wheeler entered the NFL as an undrafted free agent with the New York Giants in 2017 after a career at USC that saw him miss the Holiday Bowl his junior year following a scuffle with police in December 2015. Wheeler has been with the Seahawks since signing to the practice squad in October 2019 and had been set to be a restricted free agent.