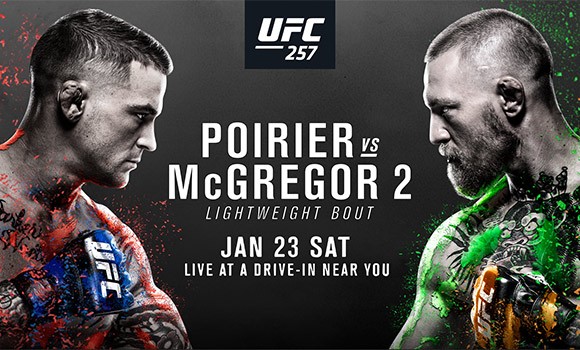 Conor McGregor is back! The fight world is on fire! We are in for a great night of fights! The UFC is LIVE tonight starting at 6 PM. 11 fights all culminating with the Main Event rematch of Conor McGregor and Dustin Poirier. Matching up for the first time since Conor ended Dustin inside of one round all the way back in 2014. Not only is there a great main event, but the co-main features debuting lightweight Michael Chandler who looks to keep his momentum going with a win against “Hangman” Dan Hooker. We have a great slate of fights coming, let’s take a look! 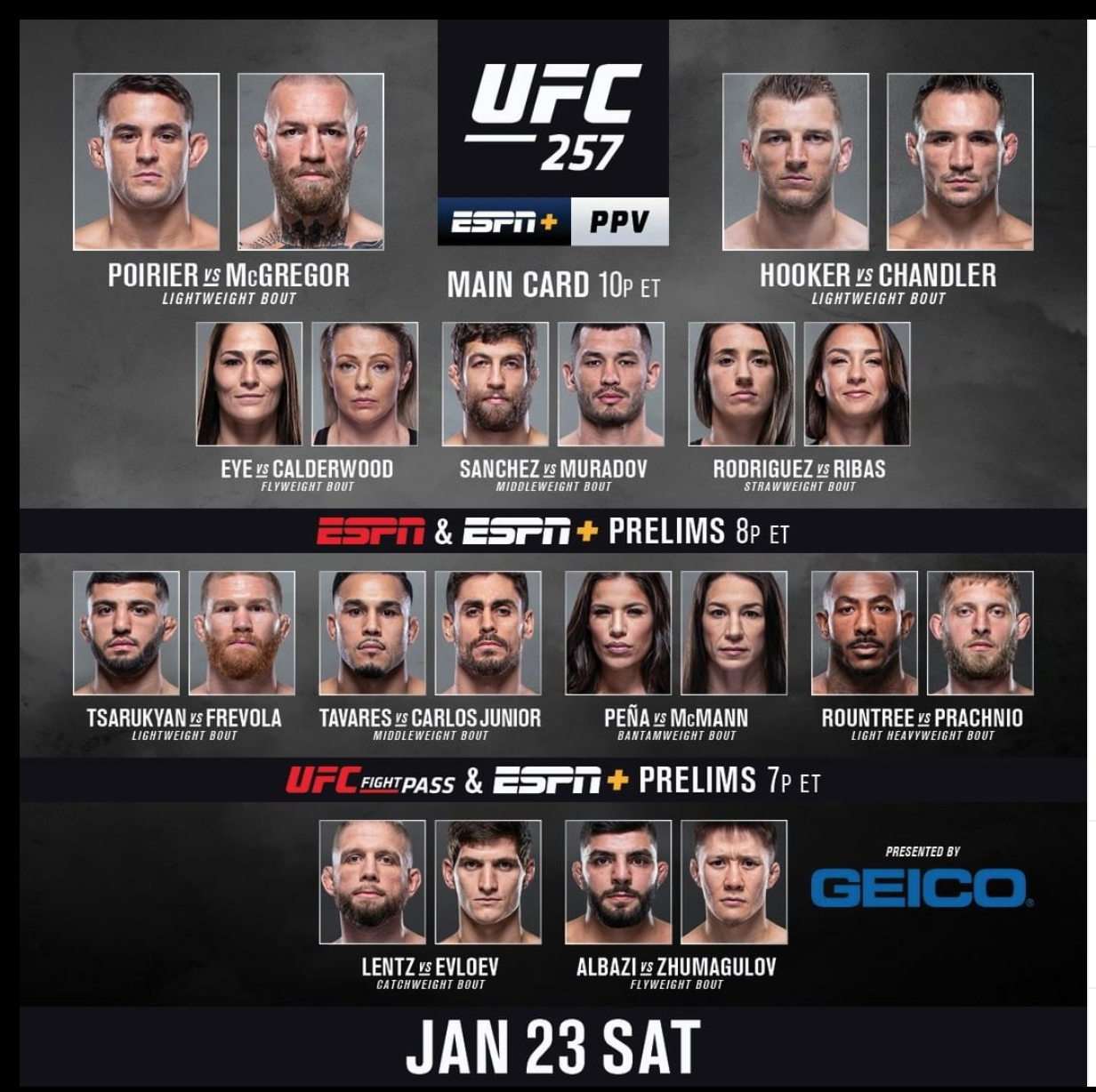 Here are the extended odds: 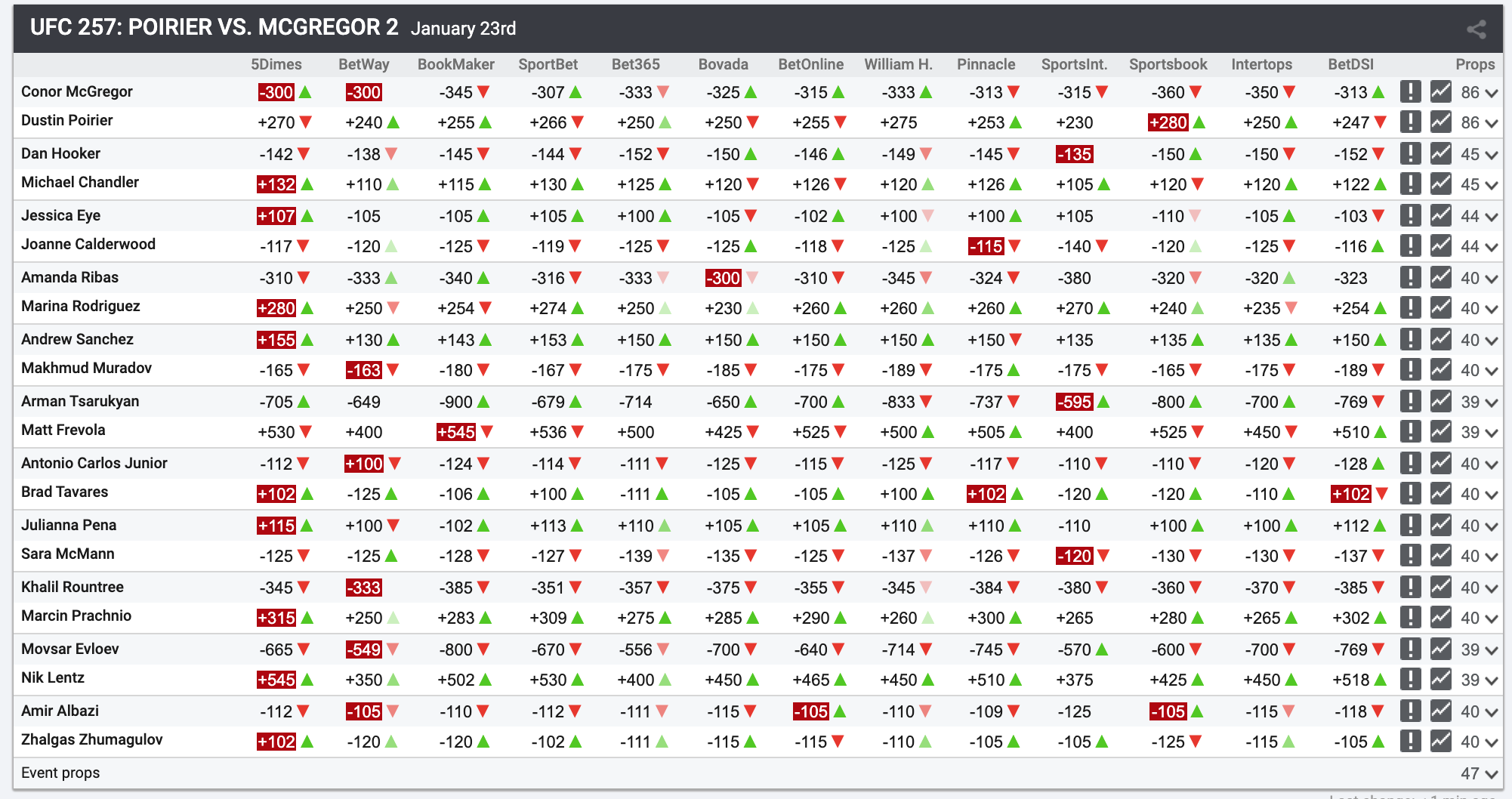 PICK: Amir Albazi (-112) – Albazi is a finisher, plain and simple. He’s finished 12 of his 13 W’s and at a weight class like 135, that is even more dangerous. I just like this matchup and honest am kind of surprised the number isn’t higher here.

PICK: Movsar Evloev (-665)- I took a long hard look at Nik Lentz as a dog, I really wanted to take him. But I can’t say that this is a favorable matchup for Lentz. Evloev is undefeated and undefeated against top competition, he is 10 years Lentz’s junior, and sports a 4.5-inch reach advantage. He’s a huge favorite for a reason.

PICK: Matt Frevola (+550) – Frevola probably can’t hang with Tsarukyan standing up, but if he can take it to the ground and make it ugly, who knows. What’s a UFC card without a massive live dog? I’ll ride with the “Steamrolla”

PICK: Amanda Ribas (-310) – The value for Rodriguez here is super tempting. I almost took it but I think Ribas gets another win and takes her career record to 11-1.

PICK: Makhmud Muradov (-165) – Why not make it a 14-fight win streak. Muradov is already on a 13-fight win streak, what’s one more? Andrew Sanchez is 100% the type of fighter that would end a streak like this. “El Dirte” Sanchez will definitely keep it close, I just see Muradov getting his hand raised.

PICK: Jessica Eye (+107) –  I just like Eye as an underdog here. Jojo is coming off a quick submission loss and Eye went 5 rounds in a loss, it’s a good position for both, I just like Eye a bit better.

PICK: Michael Chandler (+130) – I changed this pick about 5 times before I finalized it. I have argued both sides to many people and I can’t seem to land on a definitive pick. With that being said, you look at the storyline of the fight. Michael Chandler has been dominating outside of the UFC his whole career, he’s finally making his debut at 34 having achieved gold in rival promotion Bellator. I know what you may be thinking, Bellator isn’t the UFC. That’s correct, but the Lightweight division is a different story and that’s where Chandler competed. Plenty of top-level talent to go around for all promotions at 155 lbs. If you had any sort of cache at 155, Chandler fought them. He has been fighting in 5 round fights since 2011, he’s a seasoned vet, he should be able to hang. Hooker is also trending in the right direction, that’s what makes this fight so hard to pick. I think the fight goes the distance, they both put on a show, but Chandler gets his hand raised.

PICK: Conor McGregor (-300) – He’s one of the biggest favorites on the whole card and I still think he’s undervalued. By the time you are reading this, I’m sure the line has climbed even higher. This man is a force. Poirier is an absolute force, he’s one of my favorite fighters in the whole promotion. He’s grown immensely since the last time he stood across the cage from Conor. Unfortunately for Dustin, I think there is going to be a similar result to their first meeting. Conor gets it done for a second time and we will be robbed of a huge moment because of the lack of crowd.

Should be an awesome night of fights. Make sure to follow along @SONTChicago for all things Chicago Sports!