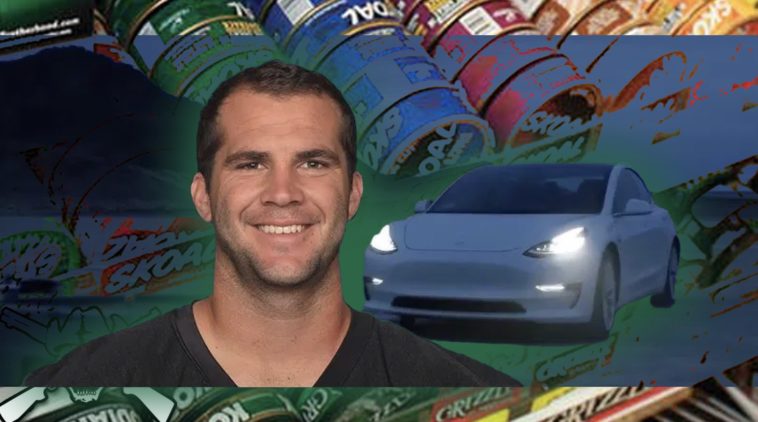 Blake Bortles always seems to be in the news. He even somehow found a way to get back in the news cycle in 2021 when the Los Angeles Rams brought in Blake Bortles as a backup for their playoff game against the Green Bay Packers. He also randomly came up on our podcast, and the reason he bought a Tesla, and Elon Musk would be proud… It was to quit chewing tobacco.

Jared Goff saw Bortles’ car and thought the former Jaguars quarterback was joking about buying it. He thought it was about Bortles trying to fit in in his new city.

“I actually thought you were joking when I first saw it,” Goff said. “I thought you were messing around like, ‘Oh, I’m in California, I’m gonna rent a Tesla.” Bortles admitted fitting in was part of the reason for his purchase, too.

“I also wanted to fit in. But I also have a pickup truck back in Jacksonville and I was like, ‘I don’t really want to bring that out to California,’ so I figured I’d buy something where I could fit in,” Bortles said.

Now did it work? Nope. The five-year NFL veteran admitted that instead of buying the tobacco while he was at the gas station, he ended up just making regular trips there instead.