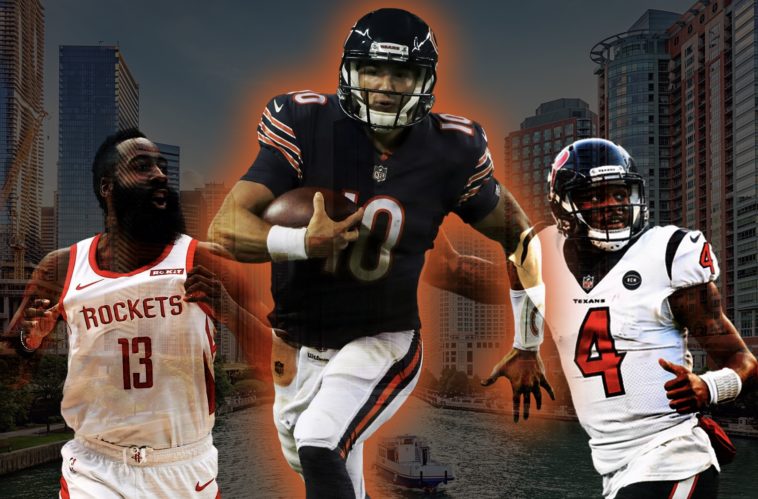 As a Chicago sports fan, it’s pretty tough sledding. The one exception, of course, are the White Sox, who actually have more than just a glimmer of hope. But if you identify with the Cubs, then there’s really not all that much going for you these days.

The Cubs are diving headfirst into a rebuild and are preparing to blow up the team beyond recognition. Allegedly, Jon Lester begged the team’s ownership to be signed for one more year on a $5 million contract, which is basically a token signing, but was denied and Lester of course is headed to the Washington Nationals. I can’t wrap my head around that move but I guess the Ricketts’ are tight on cash. Me too, bro, but damn. The Javy and Kris Bryant signings were clutch but it seems like we still have a ways to go.

Our Chicago Bulls seem to have found a way to fight off of rock bottom but are a long way from being a serious contender. Currently sitting at 6-8, the Bulls lack polish but have some solid pieces. Billy Donovan has the team moving in the right direction but this team is still trying to figure out their identity. It’s been frustrating, but not exactly embarrassing. That’s progress, right??

The mighty Blackhawks have gotten off to a slow start, to put things mildly. It’s not a particularly optimistic time to be a Hawks fan right now but the season’s only just begun and they have time to prove themselves.

And then there’s the Bears, fresh off an 8-8 season and a 1-and-done Wild Card appearance where they were completely humiliated by New Orleans. Da Bears don’t have any positive news to report. Matt Nagy is still in the driver’s seat, along with Ryan Pace remaining as GM. There was plethora of speculation, particularly from this blog, that one or both of them would be fired. In fact, I personally believed that Nagy was on the block following the Week 13 heartbreaking loss to the Lions (God, I wish I could forget that game). The Bears, however, seem to be moving on from Mitch, whether or not you think that’s a good move, it is a big question that needs to be answered sooner rather than later. Will the Bears draft a new QB? Will Foles be our guy? Or will we go all out for, I don’t know, say, Deshaun Watson?

Which brings things nicely into perspective. Even though it seems like Chicago sports (other than the Sox) are dead in the water, at least we’re not Houston. Imagine what the past month has looked like to be a Houston sports fan. First, your superstar on the Rockets, largely considered the face of the NBA, refuses to stop going to strip clubs and half-asses every game. Eventually, he stops showing up to team functions and demands a trade. Next thing you know, James Harden is shipped out to Brooklyn and the Rockets’s dreams are over in an instant. Next, your superstar QB of the Houston Texas, considered to be one of the face’s of the NFL, is frustrated with the team’s leadership. You fired your coach in the middle of the season and finished 4-12. That same coach, Bill O’Brien, is the one largely responsible for stripping the team bare and authoring one of the worst trade’s in NFL history, DeAndre Hopkins for a backup RB and a 2nd round pick. Deshaun Watson is now sending cryptic tweets and has been having closed-door discussions with management. Thankfully, he hasn’t formally requested a trade but it seems imminent. On top of all that, you have the Houston Astros good name soiled because of the cheating scandal and they are vaulting ahead of the Cardinals and Yankees to be the most hated team in the MLB.

Overall, I’m thanking my lucky stars that I am a die hard Chicago sports fan and not dealing with mess after mess down in Houston. Because as our friends in H-Town are proving, it can always, ALWAYS be worse. Now here’s a little Devin Hester highlight film to cleanse your palate.