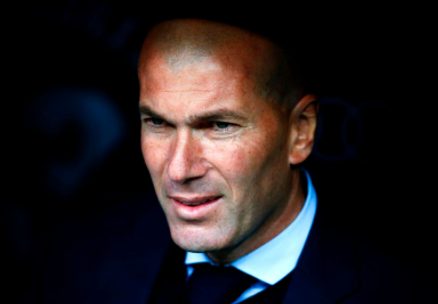 Hola Amigos.  We survived 2020, and have a lot to look forward to in 2021, including a fantastic stretch of football in the domestic and European leagues.  Here is a breakdown of Madrid’s season thus far, and my grade of each player through the first half of the 2020-2021 season.

Champions League: First place in the group.  Atalanta in the Round of 16

La Liga: 2nd place.  They are ahead of Barcelona, but Athletico are 4 points ahead with another 2 games in hand.

Courtois has lived up to the hype since he arrived in the Spanish Capital from Chelsea.  He was one of the key players in last year’s title winning campaign.  Easily a top 3 goalkeeper in the world, he will be need to maintain his form if Madrid want to repeat as league champions.

He isn’t scoring as many goals this season, but Ramos’ worth to the backline and the team as a whole is critical.  Real Madrid’s form suffered greatly without their talisman in the Champions League. There is a sense of calm that certain players omit, and when Ramos is on the field, you undoubtedly get that feeling.

In the majority of games, Varane has played great.  But when you are a World Cup winning defender, the expectations are higher.  Without Ramos, Varane looks lost, particularly against top opponents in the Champions League.  Given his skill and accomplishments, I have no doubt he will regain consistent top form.

Nacho has jumped Militao as the go to replacement defender.  He has a role within the team, and thus far, has performed well.

Militao’s struggles this season are not totally due to his own performances.  Since coming down with COVID at the beginning of the season, the Brazilian defender  has lost his place behind Nacho.  I still believe Militao can perform at a high level and one day, maybe be a starter.  Unfortunately, if he cannot get consistent minutes, he will be unable to impress. When the time comes for Ramos to leave, Madrid will be more inclined to purchase a player like David Alaba.  Hopefully he gets some opportunities in the second half of the year.

Carvajal has been his usual dependable self this season.  He has a tireless work ethic, and can provide crosses when going forward

For as much creativity that Marcelo offers going forward, he is too great a liability in defense.  All but one of Madrid’s losses this year have come with Marcelo in the starting XI.

Mendy rarely makes mistakes on the defensive end.  He is superb.  He still needs to improve his offensive output.  It is in that regard that Mendy needs to improve to take his game to the highest level.

Fantastic in protecting the back four.  He contributed some  goals in Europe.  Another great season for the Brazilian.

The German is hitting the peak of his career.

Many thought Luka’s peak was already behind him.  It is hard to make that argument based on the way he is playing right now.  Luka is the engine that keeps the Madrid machine pushing forward.

Isco’s lack of playing time is hurting his confidence and form.  He is a great player, but it may be time for him to move on if he will not get more playing time.

Still a great player, but has taken a backseat to Modric to start the year.  He is still a future star.

Still haven’t seen much from the 22 year old.  He is still figuring out his place within the offense.

After a rough start, Asensio has regained his form.  If he stays healthy, his ceiling is high.

Phenomenal season for Lucas.  Lucas began in the starting XI due to injuries within the squad, but he has now earned his place.  Whether he is filling in at right back, or playing the wing, Lucas provides energy and skill that help drive the team forward.  Really rooting for him to continue the fantastic stretch he is on.

While at Madrid, Hazard has produced 7 assists and 3 goals.  Even when he is fit, he has not looked good.  I still believe that if he can string together 6 months of health, he would regain his spot amongst football’s elite.  There is a creeping feeling at Madrid that Eden Hazard is a massive flop.  Pray for this man’s health!

The poor boy is down on his health, confidence, and form.  I still believe he can be a good player for Madrid, if he is given chances in the latter part of the season.

Diaz will only come on when absolutely necessary.  When he does play, he doesn’t look half bad.

The quickest player in Spain. Even with his questionable decision making in the final third, Vinicius still represents a major threat for Madrid simply with his speed.  The former is where he must improve if he is to cement a place in the starting XI.

In many ways, Rodrygo is the foil of Vinicius.  He doesn’t always have an impact on the game, but  he does make great decisions with passes or crosses.  Due to the wealth of talent at Madrid, both Rodrgyo and Vinicius suffer from lack of consistent playing time.  Perhaps one or both of these men could benefit from a year on loan.

In contention for La Liga player of the season.  He carriers the team with goals.  His linkup play with the midfield and his fellow wingers is tremendous. With respect to Ramos, Casemiro, and Courtois, Benzema is perhaps the most important player on the team this year.