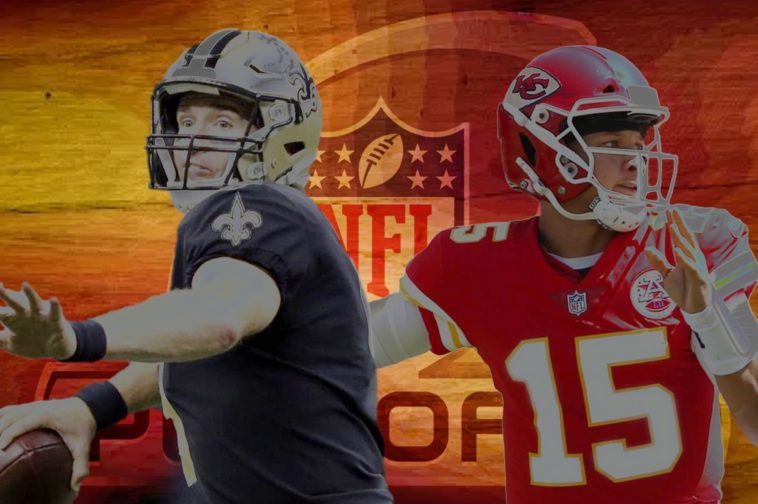 Entering the divisional round of the NFL playoffs I broke down on the latest episode of the Just Talk Podcast the 8 remaining QBs in the NFL and ranked them.

Despite making a Superbowl just 2 years ago. Goff is the worst QB remaining on this list not just for his subpar play this year but because of his broken thumb.

Baker Mayfield delivered Cleveland their biggest playoff win since 1995. And he looked good doing it. It’s time for the critics (myself included) to admit that Baker is a franchise QB.

Drew Brees has the brains still. His arm however, it’s gone.

Lamar got his 1st playoff win. I think it’s going to be enough to propel him to more about a run here. Will it happen? Saturday night will tell us a ton.

Just an amazing performance by Josh Allen. He lifted the bills to the playoff win.

6 Super Bowl Rings and 9 Super Bowl appearances will get you high on this list.

Arguably the MVP of the league and will have two home games to reach the Super Bowl. This better get done by Rodgers for his legacy.

You got to knock the latest king off the throne to get the number 1 spot. Mahomes is the king of the hill for the moment.