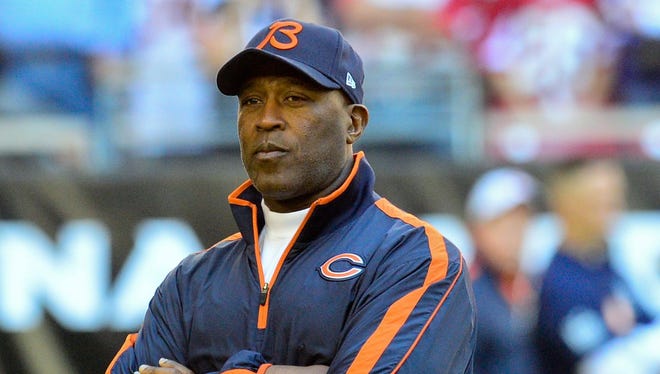 After a tumultuous year, Bears fans were treated to another rhetoric-filled press conference starring the kings of unwarranted optimism, Ryan Pace and Matt Nagy. As expected, we were left with a plethora of questions and very few straightforward answers. One thing was made very clear, however, that Matt Nagy and Ryan Pace will be back next year to get another shot at extinguishing the ever-amassing flame that spouts from the world’s largest dumpster. It appears that the scapegoat in all of this was Defensive Coordinator Chuck Pagano who conveniently announced his retirement from coaching in the NFL, leaving the Bears searching for a leader of an aging defense for the second time in 3 years. I am here to say that Pagano’s replacement should be none other than former head coach Lovie Smith.

For the record, I was not a fan of Lovie Smith as a head coach of the Chicago Bears. This was largely in part to his offensive decision-making (Benching Orton, trying to make Hester a WR, etc…). But there were very few better equipped to run a defense filled with absolute studs. I feel like he could get right back to business with the likes of Akiem Hicks, Khalil Mack, and Eddie Jackson in the same way he flourished with Brian Urlacher, Lance Briggs, and Charles Tillman. The defensive coordinator role will allow Lovie to focus on what he knows best, defense, and not worry about his past shortcomings on the other side of the ball.

But will Lovie and Matt Nagy get along? I don’t see why not. Matt Nagy has brazenly ignored the defensive side of the ball allowing Vic Fangio and Chuck Pagano to assert full control. Additionally, Lovie Smith has never been an ego guy which leads me to believe that he would not make disparaging comments after next year’s eventual 9-7 loss to the Vikings.

I understand that Bears fans are trying to look forward for answers, but sometimes those solutions come from the past. Right the wrong and bring back everyone’s favorite bend don’t break coach and prove once and for all that there is “a lot of football left to be played” for this sporadically ferocious Bears defense.