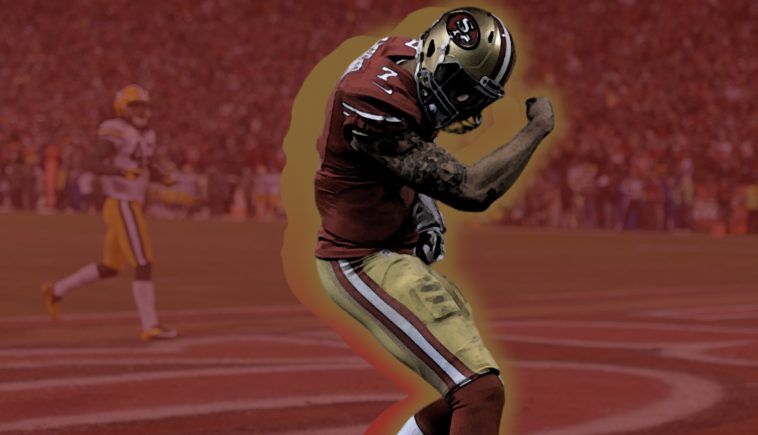 Today in sports history January 12th, 2013 Colin Kaepernick and the San Francisco 49ers ran all over the Green Bay Packers to a 45-31 win. The win propelled the 49ers to the NFC Championship game. Kaepernick set an NFL record (that still stands) 181 yards rushing for a QB in a playoff game and two touchdowns and also added two touchdowns throwing.

Today in sports history January 12th, 2013 Colin Kaepernick ran for 181 yards and led the 49ers to a win over the Green Bay Packers in the NFC playoffs

It was one of the more dominant playoff performances of our lifetime. And it seemed like Kaepernick and the 49ers could do whatever they wanted on the field. The 49ers went on to win the NFC championship game and went on to the Super Bowl where they fell to the Baltimore Ravens.