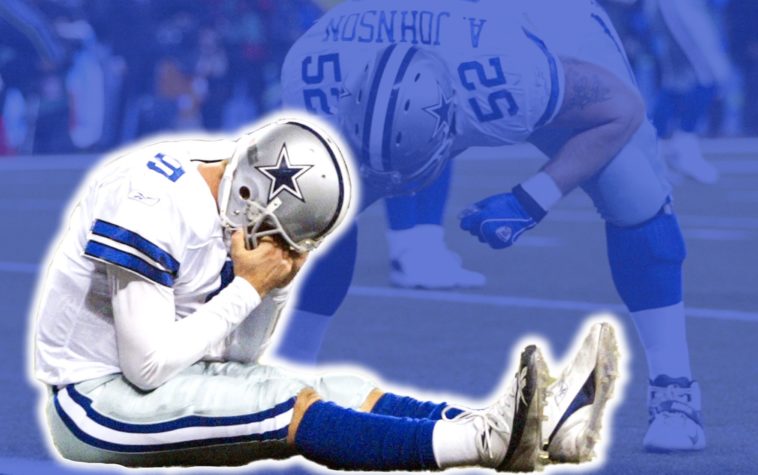 Today in sports history January 6th, 2007 Tony Romo fumbles the snap for the Dallas Cowboys on the game winning field goal against the defending NFC champion Seattle Seahawks in the first round of the NFC playoffs. Down by one point at 21-20 and on fourth-and-1 with 1:20 remaining in the fourth, Martin Gramatica the FG kicker of the Cowboys came on to attempt the potential game-winning kick, at a mere 19 yards away. But when the snap was hiked to Romo, who was the holder on the field goal, Romo bobbled the ball and fumbled it then, in a desperate try to win the game, picked up the football and scrambled to the left side of the field, where he was tackled by Jordan Babineaux before he could get one yard. The Seahawks took the ball and won the game. And that would be the last game Bill Parcells ever coached. The Seahawks would go on to lose to the potential NFC champion Bears the following week in Chicago.

Today in sports history January 6th, 2007 the #Seahawks beat the Cowboys in NFC Wild Card round game in Seattle after a Tony Romo botched snap and fumble to give the Seahawks a 21-20 win

The play would haunt Tony Romo for years as he never could win the big game and media and fans alike would mock Romo for years about the play that could have been. As a Seattle Seahawks fan I still remember this day vividly as I was visiting friends at watched the game at a bar in Portland. Little did I know it was actually a Dallas Cowboys bar and as the only group wearing Seahawks clothing we ran out after the game happy but as fast as we could. Go Hawks!