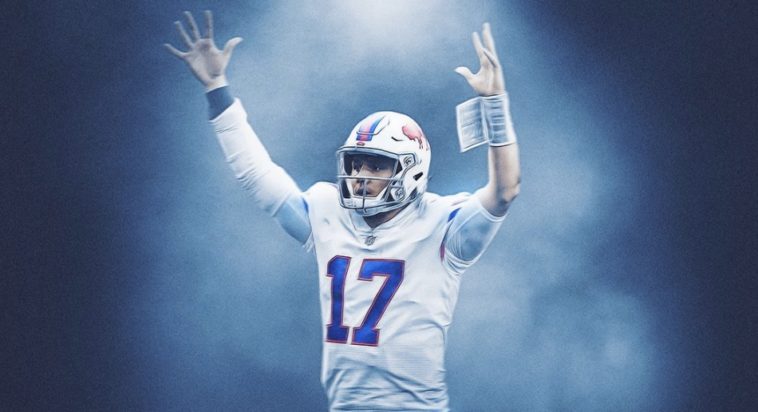 The NFL season just came to an end for 2020, and now is the time for us to think about what will happen in 2021 when the season starts once again from scratch.

Big NFL fans such as Stephen Troese Jr will be starting to predict the best teams and formations, as well as new player signings in the coming months – but we for now want to predict who we think will be the 10 teams to watch this year when the season starts again.

Patrick Mahomes is one of the real stars in this team and as we know the chiefs have been a team to watch for the last few years. It is predicted that they could go all the way in 2021 with the defence skills of Andy Reid helping them to secure their wins.

The Bills have shown some strong play in the recent season with Sean McDermott playing the starters of most of the games. This young and dynamic team looks set to make waves in the Super Bowl run and the newcomer Josh Allen is someone that should be watched closely by all.

The New Orleans Saints had a slight set back at the tail end of the year because two of their star players were isolated due to COVID. But even in the absence of both Latavius Murray and Alvin Kamara the saints proved they have what it takes to succeed. That have some brilliant defense that chokes out the competition and this could well take them far.

The Cheeseheads are always a team to watch closely in the Super Bowl run, and their star Aaron Rodgers help to cement his place in NFL history by completely dominating the Bears. The Green Bay Packers have a strong team overall and look to do well in the coming season.

Baltimore have a very strong defense in their arsenal and this is what really sets them apart in terms of team strength. With only 232 YPG in the last few weeks of the recent season they look set to go far and stop other teams from dominating them in 2021.

Tom Brady remains one of the biggest names in the NFL so it is no real surprise that his team is one of the ones on our top 10 list today. Over the last four starts Tom had with the Buccaneers he managed an impressive 12 TDs which puts him in good stead for great performance in 2021.

The Tennessee Titans are not the best on our list however even after they had a rather shaky run in terms of defense over the last few games – they still have a lot of potential. Mike Vrabel’s team looks to come back strong in 2021 and hopefully dominate some of their competition.

The Pittsburgh Steelers are a favorite of many and it is no surprise why. Mike Tomlin offers some brilliant coaching skills to his team and they have some amazing receiving skills that make them strong on the pitch. They may not be the strongest in terms of running but they do have a solid side that looks to do some good things.

The Seattle Seahawks’ real star for the next season looks to be Russell Wilson. Although he didn’t not reach 220 yards four games in a row he did help the Seahawks win over the Niners and this secured them third position which was a brilliant way to end their run. They look to do some good things in 2021 and are one to watch.

The Colts are a brilliant side who have some great energy – and although they had a close call against the Jaguars they still seem to be good stead for a few wins this year.