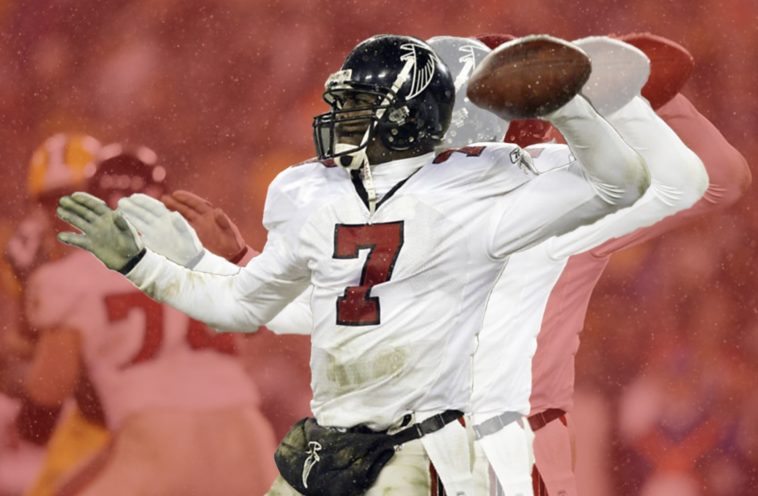 Today in sports January 4th, 2003 Michael Vick and the Atlanta Falcons went to Green Bay at Lambeau field to take on the Packers. Mike Vick at the time was 27 years old and led the Falcons to a 27-7 win over the Packers. It was the Green Bay Packers first ever playoff loss at home since the NFL officially had a post-season in 1933. And Michael Vick was magnificent.

Today in sports history January 4th, 2003 Mike Vick and the Falcons went to Lambeau field and upset the Packers in the playoffs

I still remember this game vividly. Just like anyone who was a 16 year old kid at the time, watching Mike Vick was a joy. After of course my own Seattle Seahawks I would root for the Falcons because it was just fun watching Mike Vick run around and do what he did best. And when they went to Lambeau and beat the Packers I thought we were about to see the next 10 years of Michael Vick dominate. We all know the rest of the story as Michael Vick got arrested for being involved in a dog-fighting ring and spent years in jails before returning to salvage his career.