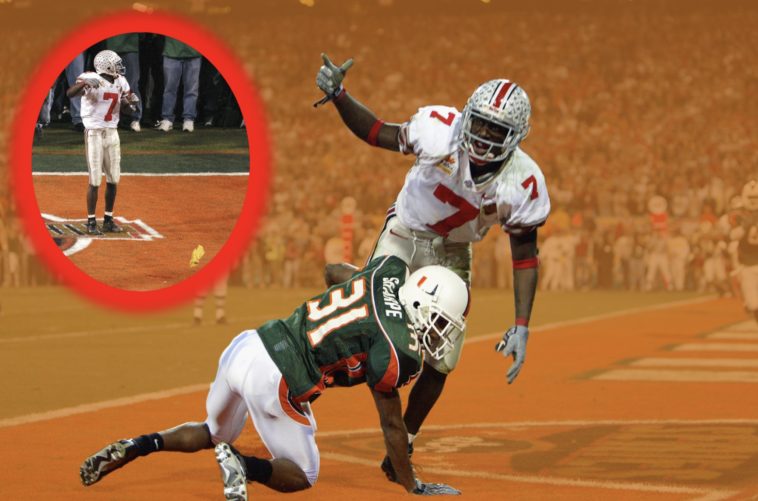 Today in sports history January 3rd, 2003 the Ohio State Buckeyes defeated the Miami Hurricanes in the Fiesta Bowl which was the BCS national title game. However not without controversy as a pass interference gave Ohio State another chance and extended the game and gave Ohio State the win. It’s still debated today.

Today in sports history January 3rd, 2003 Ohio State beats Miami 31-24 in 2OT at the Fiesta Bowl to win the BCS Title. But not without controversy as a pass interference against Ohio State is still debated today

I think out of all the BCS national title games this is one of the most underrated ones. We always discuss as fans USC vs Texas and outside the BCS era Alabama vs Georgia. But this is one of the best college football games of my lifetime.