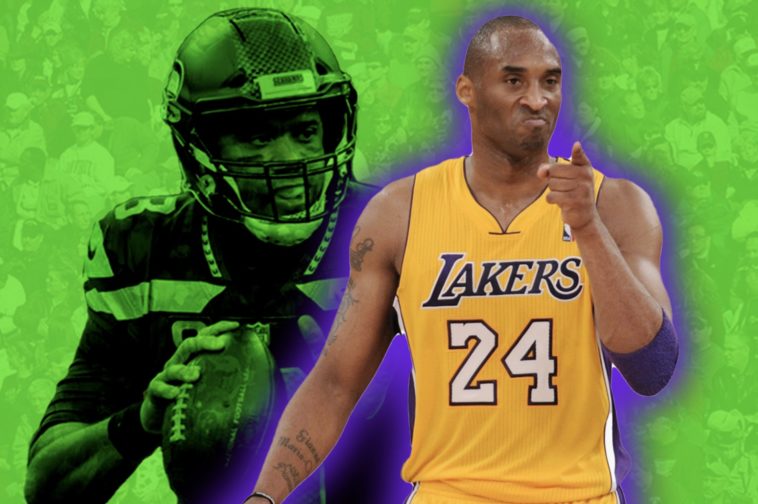 After an NFL season full of plenty of ups and downs due to the ongoing COVID-19 pandemic and the various social justice movements throughout the country, the Seattle Seahawks stayed focused and secured the 2020 NFC West Division title.

After a big win like we saw on Sunday, you would expect players to be spending their time in the locker room celebrating a division-clinching victory with their teammates. While this was the case for a majority of the Seahawks, the post-game festivities looked quite different for Seattle quarterback Russell Wilson.

Wilson finished the game completing 20 of his 32 passes for 225 yards and one passing touchdown to tight end Jacob Hollister. He was also able to sneak one in on the ground in the third quarter. While it wasn’t a career-defining day, the win secured the NFC West and kept the Seahawks hopes of the top seed in the NFC alive.

Following the Seahawks 20-9 victory over the Los Angeles Rams, Russell Wilson stepped out onto the turf of an empty Lumen Field to thank Kobe and Gianna Bryant and pay tribute to the lives. Wilson offered a reflection on Kobe’s ‘Mamba Mentality,’ explaining how this mindset has helped both he and the team remain focused throughout the chaos that 2020 has brought us.

It is no surprise that Wilson views Bryant as a mentor. Wilson has publicly expressed his love for Bryant and his ‘Mamba Mentality,’ the idea of prioritizing your professional goals and mastering your craft, wanting not only to win but to dominate as well.

The Wilson family was always close with the Bryants as well. The family refers to Russell and Ciara Wilson as Auntie and Uncle based on the relationship that they share with the Bryant’s, especially with the family’s daughters.

Before Sunday’s game, Wilson arrived at Lumen Field wearing all black, topped off with a Kobe Bryant Mamba Edition Lakers jersey with 8 on the front and 24 on the back. Wilson also wore the Nike Zoom Kobe 6’s in the neon green Grinch color way, made famous by Kobe Bryant on Christmas in 2010, but making their return ten years later in 2020.

“For this game, we had to bring the Mamba Mentality,” Wilson said.

Anyone who watched Kobe and the Los Angeles Lakers throughout the years knew that Kobe entered every game with a fire inside, determined to be the best on the court that day. When Wilson entered the stadium sporting Kobe’s jersey, you could tell he was bringing that same energy to their game against the Rams.

“I wanted to wear this jersey to honor [Kobe] today for the NFC West Championship, and the grinch shoes, [Vanessa] shoutout to you for sending them. Your family means a lot to my family. We love you all.”

Fast forward to the end of the game. Wilson took the field dressed in the same attire and shared a thank you message to both Kobe and Gianna, paying homage to the impact they had on his life.

“When I think about this year, the first thing that comes to mind is number 8, number 24, number 2,” Wilson said. “Kobes (a nickname Russell had for Kobe), growing up, you were an inspiration to me. You were an inspiration to me once I got into the NFL and when I became a pro because I always watched how you did everything with grace, how you always worked hard at everything.”

As Wilson explained, Kobe’s dedication to his work ethic and his craft’s perfection has helped provide inspiration for the various obstacles we have all experienced this year.

What was most important to Wilson was the fact that this year has helped to put life into perspective. Wilson explained how it is so easy to get caught up in everything he is involved with, whether that be playing football, being a husband, and even raising a family with his wife, Ciara.

“The one thing that I’ve found out and really understood in 2020 is that nothing is promised. The good thing is that there is hope. Hope lies in God, and it lies in our faith and in a new day.”

Wilson thanked Kobe for his ability to inspire so many people to do their best in whatever they do. He explained how this passion helped the team to find the success that they have this season.

Towards the end of the video, Wilson spoke about the purpose he finds in standing on the field after games looking around at an empty stadium.

“This stillness of everything. That’s how our mind should be in clutch moments. Throughout life, there are always these chaotic moments and there are so many things going on. To be able to remain still and be out here and just know that I’m grateful to God that I’m given this opportunity to do what I get to do and hopefully inspire some young kid to be able to get to do what I do one day. Hopefully, I get to inspire my kids to dream and take risks and take a chance, to take the shot, to make the play, to dream big. So why not you?”

Like Kobe, Wilson encourages others to embrace the challenge to always be their best and hopes to be seen as an inspiration for future generations. Speaking of the future, Wilson emphasized that better things are ahead and we can’t get caught up in the inconveniences that life brings our way.

The video concluded with the message “In Loving Memory of Kobe and Gianna Bryant” across the screen.