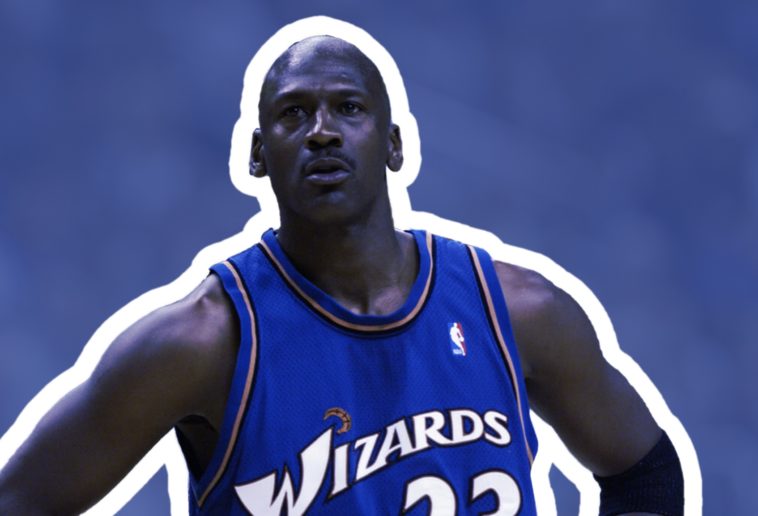 Today in sports history December 31st, 2001. A 38 year old Michael Jordan followed up a 51 point effort with 45 points against the New Jersey Nets including a stretch where MJ dropped 22 straight points. Jordan shot 16-32 that day from the field.

Today in sports history December 31st, 2001 Michael Jordan dropped 45 points on the Nets for the Wizards. This was just two days after he scored his Wizards high 51

Sometimes people forget that Michael Jordan was pretty good for the Washington Wizards. He could still score and the only thing that really caught up with Jordan was injuries and tendinitis in his knees. In a way I wish Jordan didn’t come back to play for the Wizards because of his storybook ending with the Chicago Bulls. But at the end of the day we got to witness Michael Jordan one last time and on certain nights MJ still could be one of the best scorers in the league.