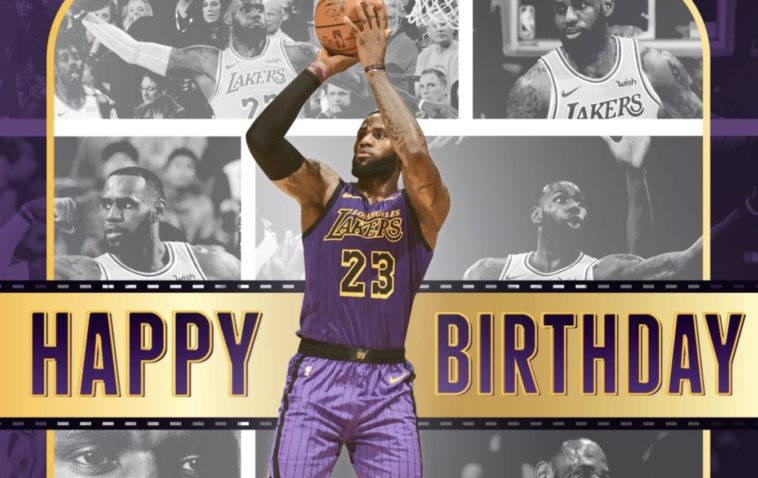 Today in sports history December 30th, 1984 LeBron James was born in Akron, Ohio to Gloria James. The rest is history. There’s so much you can say about LeBron James but he seemed destined for greatness from the age of 16. From being a complete prodigy to actually fulfilling the promise that he showed in high school, LeBron’s story might be the most impressive in sports history.

LeBron began from humble beginning in Akron, Ohio. He became a high school basketball star and was on the cover of Sports Illustrated in High School. From the moment he was drafted to winning NBA Championships and NBA Final MVPS for Cavaliers, Heat, and Lakers.. it’s hard to find promise fulfilled quite like King James. LeBron is on pace to become the all-time leading scorer in NBA history and will continue to rack up accolades. LeBron James and Michael Jordan are known as the two best players to ever play the game. And it all began on the day he was born. Happy Birthday to LeBron James.