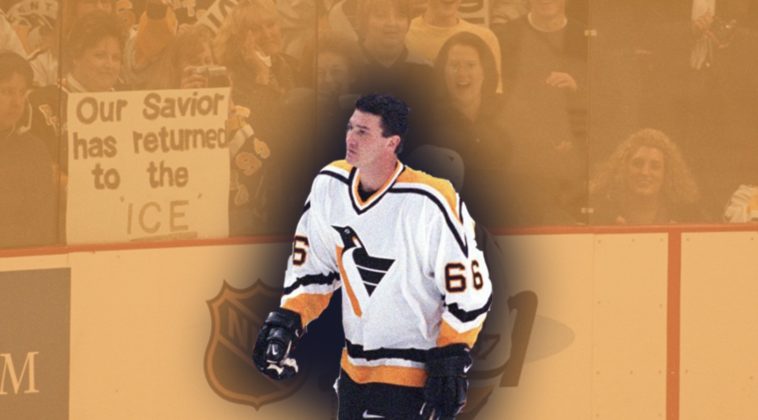 Today in sports history December 27th, 2000. Mario Lemiuex returns to play for the Pittsburgh Penguins after a 3.5 year absence. Super Mario returned after he had to retire due to health issues and frustration with the way the game was being played.

Today in sports history December 27, 2000: Mario Lemieux returns to the ice after a 3.5 year absence and scores 3 points and helps the Penguins ? get the win

Lemieux looked like he never missed a day as he picked up an assist on his first shift back. Later, he scored a goal and set up another to finished his first game back with three points in a 5-0 win over the Toronto Maple Leafs. He played the final 43 games of the 2000-01 season and scored 35 goals and 76 points.