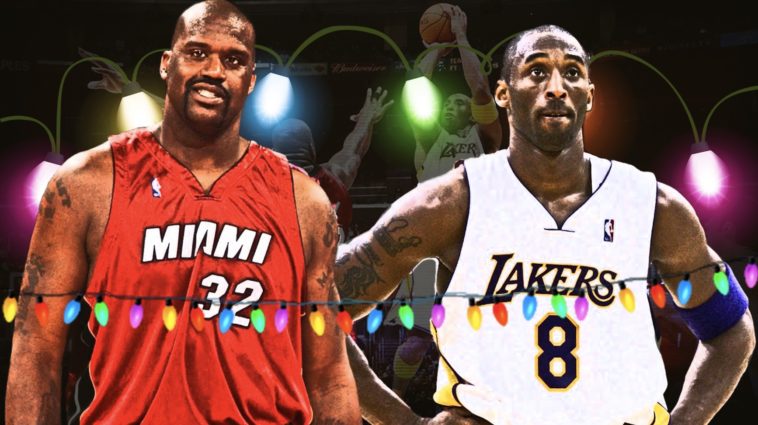 Today in sports history December 25th, 2004. For the first time since Shaq left the Los Angeles Lakers after his public feud with Kobe Bryant, the two squared off in Los Angeles as the Miami Heat took on the Lakers at the Staples Center. The Miami Heat won 104-102 while Shaq had 24 points against Kobe Bryant’s 42 points.

December 25th, 2004. Christmas Day NBA Kobe vs Shaq for the first time since Shaq left the Lakers to join the Heat

This would have been a perfect Twitter moment. The feud between Kobe Bryant and Shaq was very public to say the least. The two could not stand each other. The Lakers basically chose Kobe over Shaq (rightfully so because of age), and the two squared off in what was the most anticipated Christmas Day game of all time.