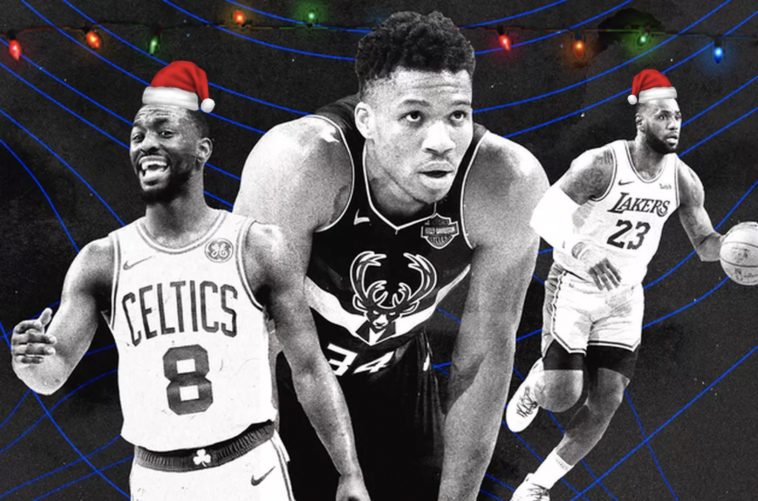 Somehow we made it here, I didn’t think it would be possible, or actually happen, but the NBA Christmas Day Games are actually happening in 2020. Even after the NBA season just ending with a Los Angeles Lakers Championship in October, the games are started back up and we have our classic primetime matchups on December 25th. Given the fact that all the games are meant to be great matchups, let’s keep this honest, all games are pretty hard to pick only a game or two into the season.

The Zion Williamson hype is understandable but he’s not there yet. The Pelicans to me have a weird roster, good but weird, so I am taking the 0-1 Heat who I know don’t want to start off the year 0-2 after their magical bubble run.

I’ll pick the Warriors with the points. They will lose, but keep it close. I know Steph Curry won’t allow a blowout in 2 games in a row. This team is not good, but they are good enough to compete in games with Steph. I am interested in seeing what Wiseman can do again, because he sure does look good. Giannis will have another big game on Christmas as well.

All odds provided by www.BetUS.com and use promo code ‘theSportsONTap’ to get a 125% bonus in free money on first sign up.

Ok it’s official, Kevin Durant and Kyrie Irving might really dominate this Eastern Conference… This is a scary good offense. The Celtics looked good opening day themselves, but I have to bet on this Nets team until they prove me wrong about being a dominant force.

Both the Lakers and the Mavericks are coming off losses so they surely do not want to start off the season 0-2. The Lakers have more talent though, it’s simple. Luka Doncic is amazing, but LeBron James and Anthony Davis is just too much for them. Plus, LeBron loves to give 100% on these type of national games.

I’m excited for this one, I have some slight concerns about both teams. Once again, I do not think the Clippers are as good as everyone thinks, and the Nuggets had a poor performance from Jamal Murray and we hope that the bubble was not a fluke… Yet, I will take Denver on the spread and to win. They are too good to play as bad as they did the first night.