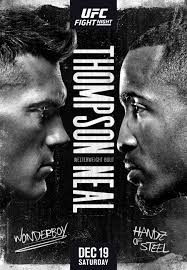 What a day for sports fans! NFL, Conference Championship Saturday in college football, and the last UFC card of 2020, it’s almost too much. We’ll settle and boy will we have something to sink our teeth into with tonight’s UFC card. WHAT. A. DOOZY. I mean Anthony Pettis is fighting on the undercard, this card is LOADED. Stephen “Wonderboy” Thompson and Geoff Neal take our main event and the whole card is filled with Brazilians! We are in for a great one!

Here’s a look at the complete card for tonight: 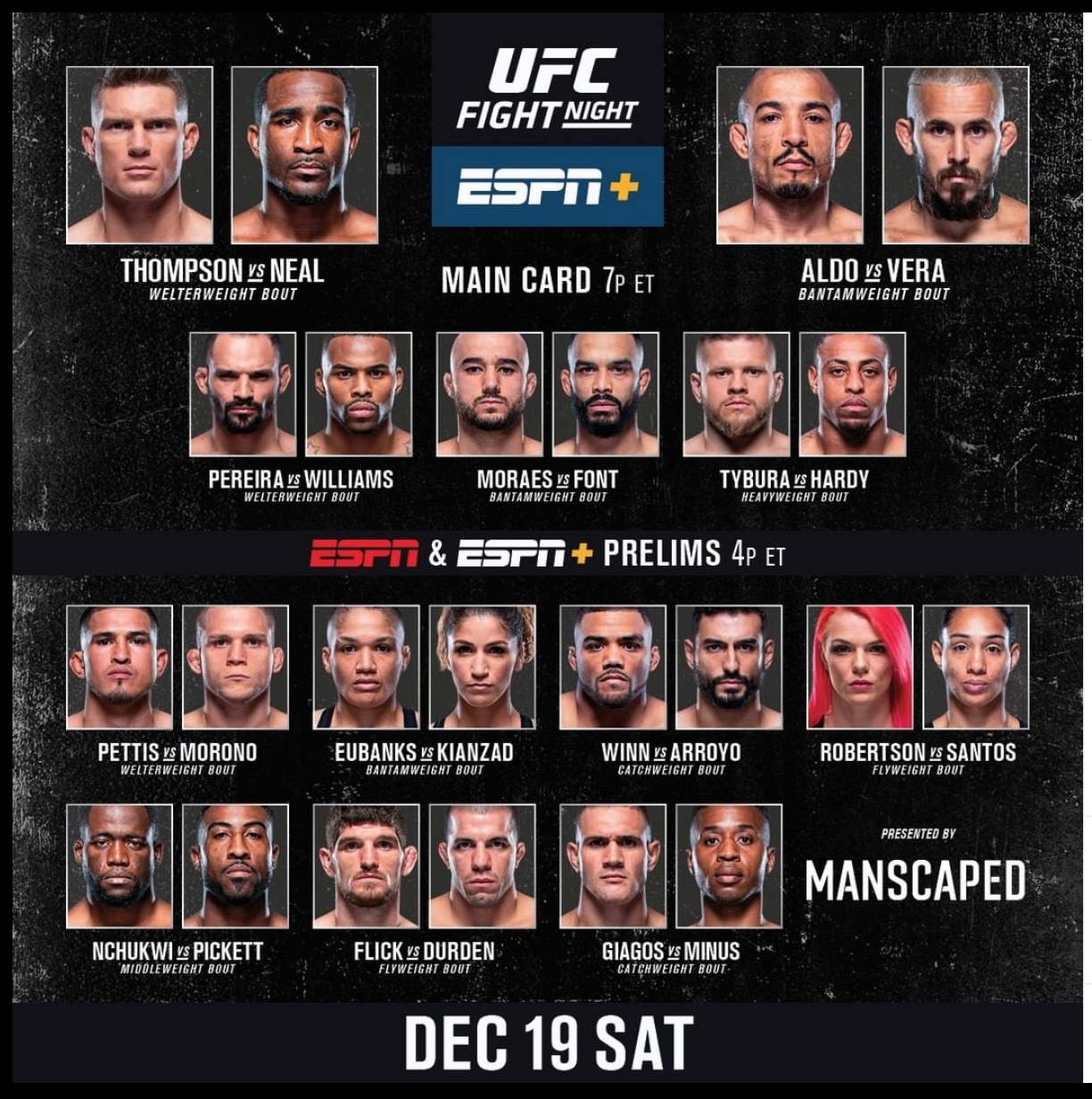 Here’s a look at the extended fight odds: 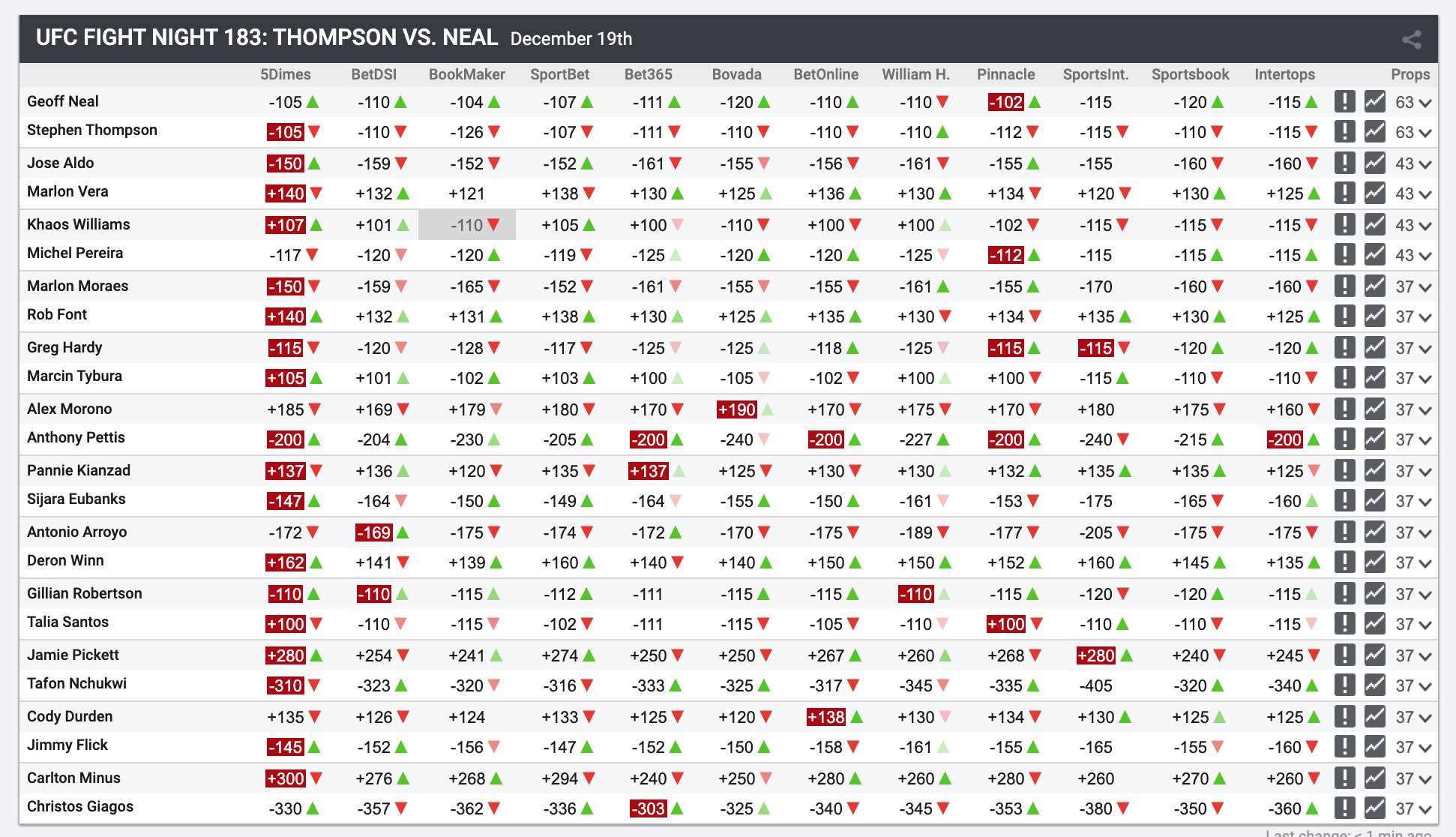 PICK: Christos Giagos (-330) – This is a very fascinating pick. Giagos is taking this fight on short notice and is now a -330 favorite. You don’t see that too often. Giagos looks to get his second stint in the UFC started on the right foot and I just think the experience will win out in this one. Clearly Vegas thinks the same.

PICK: Jimmy Flick (-145)- This is an easy pick for me. These guys were suppose to fight a couple weeks ago and I picked Flick then. The fight got moved back because of positive tests. I’m sticking with the pick. Flick will get a quick win and I will keep on unintentionally rhyming.

PICK: Tafon Nchukwi (-310) – So this is a fight between two former Contender Series vets. Nchukwi fought once and knocked his opponent’s lights out with a head kick. While Pickett is 1-2 facing similar competition. I’m going to ride with the undefeated prospect.

PICK: I may regret saying this, but I really don’t buy the hype with Talia Santos. I get that the 16-1 record is flashy. But her loss was against Mara Romero Borella and I think Gillian Robertson is better than her. Let’s ride with the slight favorite.

PICK: Deron Winn (+162)- This is a hard pick to make. Ive been tricked into the hype behind Deron Winn because he is DC’s guy. But he has struggled to catch on in the UFC. This fight is between two fighters who are 5’5″ and 6’2″, respectfully. I’m somehow riding with the 5’5″ guy, this should be interesting.

PICK: Pannie Kianzad (+137)- Love the value in this fight, Eubanks got a win as a massive dog in her last fight. her odds are going to be overinflated because of this. I just think Pannie is more skilled. I really like this bet.

PICK: Anthony Pettis (-200)- I mean come on?! He’s Anthony “Showtime” Pettis. He still has it, he’s only 33, he seems more focused than he’s ever been. I like Showtime to get back on track in this Featured Prelim.

PICK: Marlon Moraes (-150)- This was the first pick I made, I really like Marlon Moraes. I think people sleep on how dominant this guy was very recently. I’m a little surprised that he isn’t a bigger favorite here. Give me Magic Marlon.

PICK: Khaos Williams (+107)- This should be the most fun fight of the night. It seems to always go that way when Pereira fights. Although this is perfect matchmaking. Khaos Williams is the anti Michel. I’m so excited to see his face when Pereira tries his goofy shit. I can see Khaos ending this fight early although with Periera’s movement and pace it could end up as a fun cat and mouse type fight as Khaos goes on the chase.

PICK: In another world this fight could be Aldo vs Sean O’Malley. But we remember how that went when Chito Vera put his lights out in the first round. I really believe in momentum in the fight game, Aldo is coming off of 3 straight losses, I think Vera is trending up and he makes that 4 while simultaneously getting the biggest win of his career.

PICK: Geoff Neal (-105) -This essentially is a bet on if you think Geoff Neal finishes Wonderboy. I think Wonderboy is that skilled of a striker. If you cant put him away, he will at the very least win on the cards. I’m going to gamble on the fact that Geoff Neal is a legit prospect, he gets the finish and the biggest win of his career.