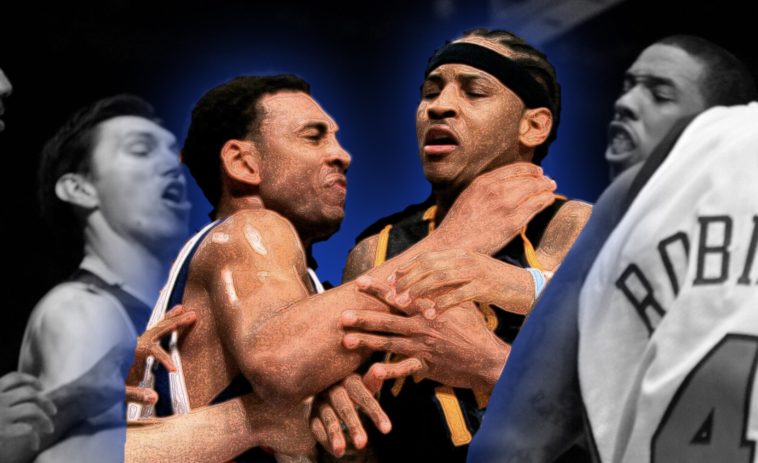 Today in sports history December 16th, 2006 the New York Knicks and the Denver Nuggets Engaged in a huge brawl that was possibly the last big brawl in NBA history. The fight began after a flagrant foul by Knicks guard Mardy Collins on Nuggets’s J.R. Smith in the final seconds of the game. A bunch of players joined in the confrontation, and began to fight . The fight briefly went into the stands, and also stretched to the other end of the court. All ten players on the floor at the time were ejected after the altercation was done. When suspensions were announced, seven players were suspended without pay for a combined total of 47 games. Including 15 games for Carmelo Anthony.

Today in sports history December 16th, 2006 the Knicks and Nuggets got in this brawl. Carmelo Anthony got suspended 15 games ?

This was bad timing because the NBA was still recovering from the Malice in the Palace. I am having a hard time remembering a big time NBA brawl after this one. It was one of the last big brawls in NBA history.