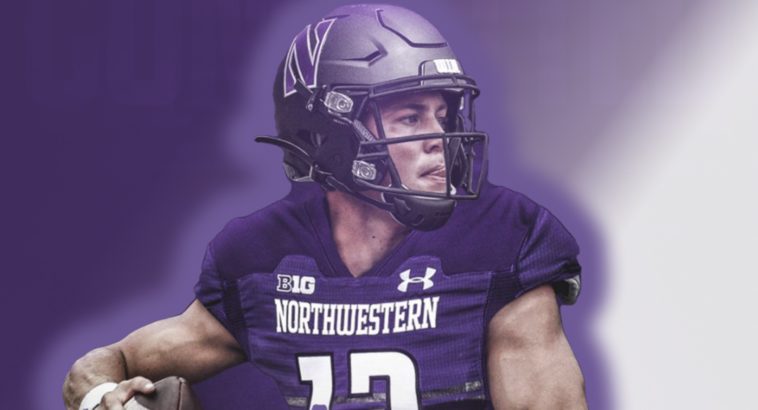 2020 has been a year full of surprises. For the most part, those surprises have ranged from mild to extremely unpleasant. But through all of the suffering and sadness, there emerges a champion of hope. This beacon of optimism shines brightly from the western shores of Lake Michigan and says to the world, “I CAN do it”. Pinch your nose and take a good, long swig of Kool Aid, we’re talking about Northwestern winning the Big Ten, baby!

At first glance, Northwestern facing off against Ohio State seems like a slightly lopsided affair and you’d be correct, if you only take that one glance. A lot of people are already counting Northwestern out and I don’t blame them. But you know who the Philistines counted out before the battle had begun? That’s right, David with his humble sling took down mighty Goliath. So too shall our humble Wildcats defeat Ohio State and gain Big Ten immortality because Northwestern isn’t just Chicago’s Big Ten team, they’re America’s Big Ten team.

Northwestern’s offense is ranked 100th in the nation, which doesn’t inspire massive amounts of confidence, admittedly. But you know who is ranked only 2 spots ahead of them? The only team that’s had a legit chance of knocking off Ohio State this year, Indiana. Granted, Windiana has lost their stud QB Michael Penix Jr, who tore his ACL, so their offense may have taken a step or two back. Peyton Ramsey, Northwestern’s QB, hasn’t necessarily played lights out this year and isn’t in any sort of Heisman contention but he manages games well. Ramsey knows that if he can keep the offense on the field and keep cranking out long, sustained drives, he sets up the Cat’s superb defense for success.

The defensive side of the ball is where Northwestern really excels, boasting the #13 total defense in the nation, according to NCAA stats. They hold opposing offenses to only 313.9 yards per game and have let up the 2nd fewest TDs in all of college football. As the saying goes, defense wins Big Ten championships and that’s definitely in play here. Ohio State’s defense is coming in at #39 overall and has some black eyes this year; most notably, they gave up 27 points to Rutgers AT HOME. Northwestern would never.

What this all boils down to is a tale as old as time. What happens when an unstoppable force meets an immovable object. Ohio State has a high octane offense but Northwestern’s defense is legit and shuts offenses down. The key deciding factor will be who wants it more? The team that bribed their way to a Big Ten championship appearance, got bailed out of facing a hungry Michigan team, and has had every accomplishment handed to them by greedy TV executives? Or is it that team that has persevered through adversity (i.e. played like shit at Michigan State), earned every accolade, made do with the tools they had available, and have won the hearts of cheering fans around the country? I know who I’m pulling for and I think you know, too. Fans across this great nation need to do the right thing and don their best purple garb on Dec 19 and bring the Big Ten title home to Chicago*. Then and only then will we start preparing mentally for a College Football Playoffs appearance.