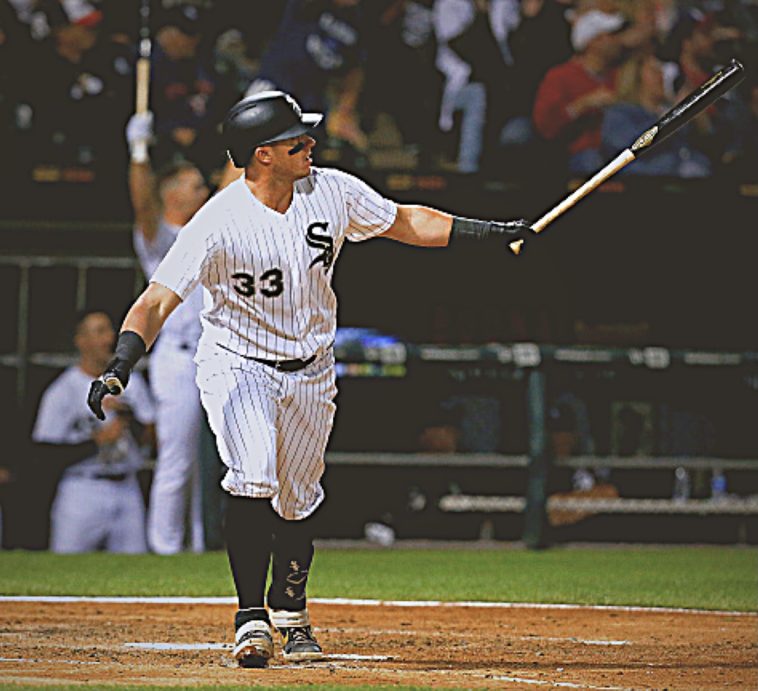 After a big week of additions for the White Sox in the form of Lance Lynn and Adam Eaton, the law of averages finally caught up to the South Siders.  In what was an inevitable outcome at the end of the 2020 season, James McCann is leaving the White Sox for a starting gig to call his own at White Sox East in Flushing.

Catcher James McCann and the New York Mets are finalizing a four-year contract for $40 million-plus, sources tell ESPN. After a long back-and-forth where a deal looked tenuous, the sides found detente and the Mets have their catcher. @Ken_Rosenthal was on the deal.

McCann also got a shoutout pretty quickly from one of his new battery mates, evidence of the reputation he has boosted since joining the White Sox before the 2019 season.

Beyond excited to work with @JamesMcCann34. I’ve heard nothing but unbelievable things about him as a player and person. Guy rakes at the dish and is always locked in behind the plate! Welcome to NY my man! @Mets

As much as I (along with almost any White Sox fan) would have loved for James McCann to be a Sox for life, everyone who was paying attention knew this day was coming.  It’s nothing against McCann, given what he’s meant to the White Sox the last two seasons both in the box score and as a person.  However, when you give a top 3 catcher in baseball the biggest free agent contract in team history, the writing is on the wall.

Since joining the Sox, the career renaissance he’s put together has been nothing short of incredible.  In just two years, his journey has basically gone like this:

That is one hell of a way to turn a career around.

While the White Sox will be fine with their current situation behind the plate, the fact that this parting was inevitable does hurt in what the White Sox are losing.  From a front office point of view, James McCann represents arguably the biggest free agent win of the Rick Hahn era.  Identifying a guy with a below replacement level track record off the non-tender pile and getting an All Star season and two dominant offensive seasons at the hardest position to get production from in two years is nothing short of amazing.

However, the real value McCann brought to this team was who he was as a teammate.  It’s been well documented on how he helped Lucas Giolito ascend to fulfilling his potential over the last two seasons.

On this week's Red Line Radio, Lucas Giolito talks about how McCann has made him a more confident pitcher this season pic.twitter.com/Q6FdHsSYmT

The pinnacle of that relationship, obviously, was Giolito’s no hitter earlier this year, where the man of the hour was quick to identify McCann’s role in the historic moment.

And while McCann’s relationship with Giolito was the most publicized of any with the pitching staff, his value as a teammate went beyond that, whether it was facing the media immediately after the White Sox playoff loss despite only appearing due to injury, or going on MLB Network as a free agent to hype up eventual MVP Jose Abreu.

"José Abreu is hands down the AL MVP."@JamesMcCann34 hopped on #MLBNHotStove to tell us what makes his @whitesox teammate the choice for AL MVP. pic.twitter.com/sb62sMLl8e

In the end, while McCann’s success was great to watch as a White Sox fan, it only made his exit more and more likely.  Sure, we all held out hope the Sox and McCann could work out some sort of deal to return, but ultimately it was never going to happen.  McCann deserves the starting role and payday he earned, both of which he wouldn’t have gotten in Chicago.  After all, a team with below average payroll can’t commit almost $30MM a year to it’s catching depth chart when there are other needs to be filled.

This isn’t to say that McCann is a better baseball player than Yasmani Grandal, or the White Sox shouldn’t have gotten Grandal.  While I do believe that the numbers clearly show Grandal is the better player, this isn’t about that.  Comparing the two players at a time like this makes no sense to me, since it takes away from appreciating what McCann did in these two years.

While he won’t be around for the mountaintop of this era of White Sox baseball, the real shame of how this all played out, the mark he left on this team is unmistakable.  Hell, for the simplest example just watch every fifth day when Lucas Giolito takes the ball as an ace.  After these past two years, James McCann is a player I’ll always root for.

James McCann say no matter what happens this winter, he’ll look back on his past two years in Chicago fondly pic.twitter.com/EuQ3NZ0gvY