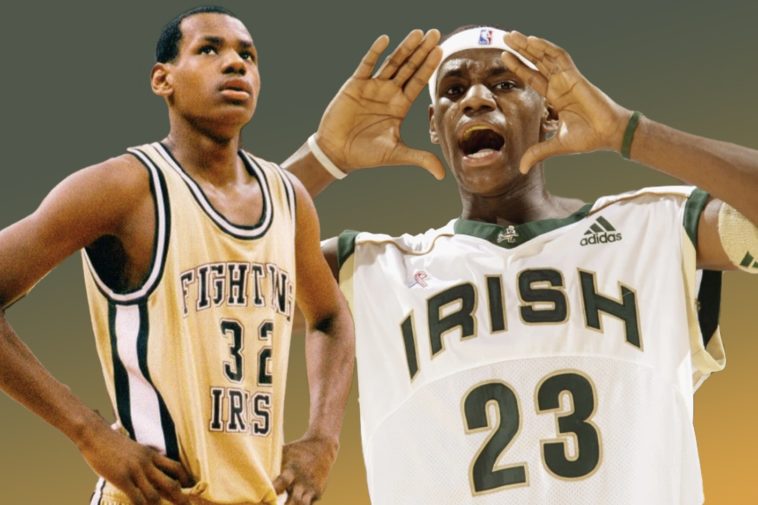 December 12th, 2002. A 17 year old LeBron James as a senior led his team Vincent St.-Mary to a win over Oak Hill academy as a 17 year old High School student. At the time Oak Hill was the number 1 high school team in the country. The game was even broadcasted on ESPN and Jay Bilas interviewed LeBron after the game.

Oak Hill had Carmelo Antony the previous meeting between the two teams but Carmelo was now a freshmen at Syracuse. LeBron had 31 points 15 rebounds and 6 assists in the win. It was highly watched around the country and it was the emergence of The King on on the national scene.