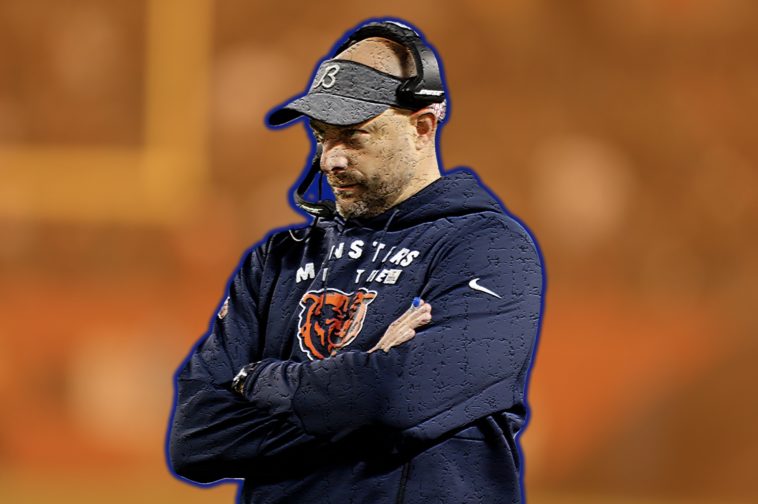 Sitting at a quite dismal 5-7, it’s easier said than done to actually “enjoy” the Chicago Bears this year. Despite getting off to a very hot start, they’ve bumbled through the season since week 6, creating quarterback controversy out of thin air, playing hot potato with play calling duties, and  even now it’s starting to look like the coaching staff is losing control of the locker room.

All in all, it’s a pretty tough time to be a Bears fan. But despite all the negativity on and off the field and the question marks surrounding the head coach and GM roles, we all need to be mindful that this is probably the best that the Bears will be for 3-5 years. Here’s why:

At first glance, this seems like very good news indeed. Why would we want to sign Mitch for any more time than we already were stuck with him? I know the Mitch Mafia is getting ready to jump on me with fabricated stats but either way you slice it, the Bears will not have a solid solution in place at QB next year. We’ll probably finish well enough to not have a top 7 pick and I think we’ll be lucky with something in the low double digits. Thankfully, however, most of the teams ahead of us are not really in need of a QB (Chargers, Lions, Dolphins, Philly). The current Heisman race will certainly cloud the future for QBs in the 2021 NFL Draft but right now, Florida QB Kyle Trask looks like a possibility for the Bears at 13. While Trask slings some major league TDs, he’s not going to have a superb offensive line in front of him so there’s going to be challenges anyway you look at it. Which brings me to my next point…

Obviously, it’s no secret that the Bears offense has been absolutely atrocious, and that unfortunately starts with our often criticized (but not always worthy of it) offensive line. Injuries have plagued the unit and most of the big guys up front have been shuffled around, which never helps. The Bears currently rank 31st in rush yards per game (Mitch starting again has helped to improve us from 32nd, no doubt), 31st in rush attempts, 31st in rushing yards, and dead last in rush TDs so saying our commitment to the run game needs improvement is an understatement. It’s also very likely that we’ll trade or cut either Bobby Massie or Charles Leno JR (or both) so I assume OL are high on our draft wish list. On the bright side, Alex Bars and Sam Mustipher both had strong performances recently, which is a great sign of life from the GM to sign 2 undrafted 2nd year guys, but is ultimately a band aid on a severed leg. I could go on and on about the failures of the Bears’ management in drafting and developing OL talent but I’ll spare you.

3. The defense will likely be broken up

Yes, it pains me incredibly to write these words, but there’s no way that we can avoid cutting back on the defensive roster this offseason. There’s just too much bloat out there, particularly the Robert Quinn contract (5 year, $70 million WHAT THE FUCK), which is quietly turning out to be a disaster. On top of those anchors, there’s a handful of guys that are going to be looking for bigger deals and in my opinion, they should definitely be getting paid. Barkevious Mingo is playing outstanding ball, Brent Urban is on his way, and Roy Robertson-Harris should be coming off the IR and his contract is up in 2021 as well. After that, in 2022, Kyle Fuller, Akiem Hicks, and Buster Skrine are up and going into 2021, the Bears cap space is already under $1 million. So, yeah, some tough changes are gonna need to be made by a new, nonsense coach.

4. No clear answers on a new head coach

It is extremely safe to say that Matt Nagy will be done in Chicago at the end of this year, if not sooner (please God). The zillion dollar question becomes, who next? Do we crawl on our hands and knees and beg Lovie to take us back? Will Pat Fitzgerald, the Evanston Avenger, lead a rebuild? Will we take another offensive coordinator off of the scrap heap that is the Andy Reid coaching tree? We don’t have any clear answers and it wouldn’t surprise me if the McCaskey’s do something cute (read: dumb) and just fade consensus on a coach. Until things get a little more clear, it’s hard to fathom what this eventual rebuild will actually look like.

While this may seem like a lot of doom and gloom, I still think there’s opportunity ahead of us. There’s still the draft, which hopefully will be conducted by a new head coach and GM. That decision in of itself is gonna impact the ball club a lot so all is not lost. There’s still plenty to hope for but where things stand now, we would be wise to mentally prepare for some heartache for the next year or ten.