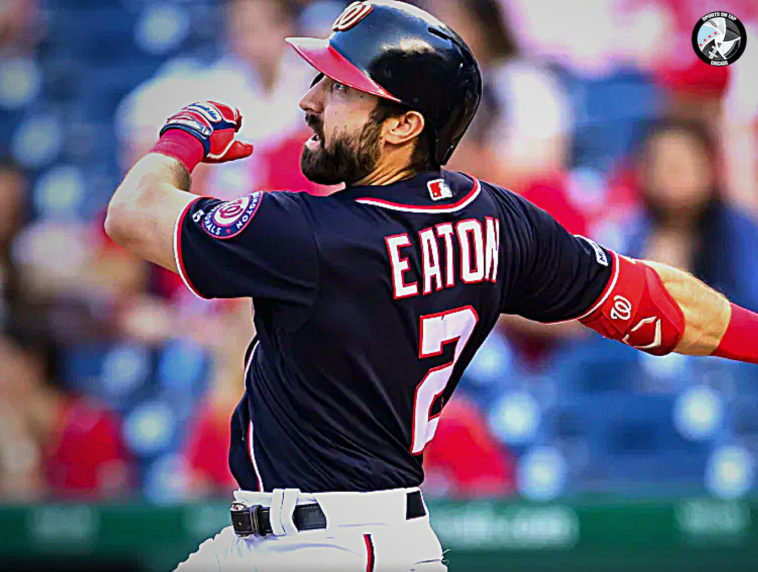 Barely 12 hours after the Lance Lynn trade news struck, reports came out that the White Sox had already made their next move of the offseason.  In a surprise move that perhaps shouldn’t be so surprising because a) this is the Chicago White Sox, after all and b) this signing was floated by Chuck Garfien literally one (1) day before he broke the news, the White Sox are bringing Adam Eaton back to Chicago.

Eaton, of course, was a White Sox from 2014-2016, where he put up the three best statistical years of his career in terms of fWAR.  And while his total production has dropped off some since being traded to the Nationals for Lucas Giolito, Reynaldo Lopez, and Dane Dunning, he’s posted above average offensive years in three of his four seasons in D.C.

This isn’t trying to paint Adam Eaton as the answer to the White Sox prayers, a juggernaut of the George Springer type that will only add to the lethality of the White Sox lineup in 2021.  At this point in his career, he is what he is – a slightly below average defender that can hit with a plus platoon split against right handed pitching.

With this in mind, there is a way to make this trade work favorably for the White Sox.  The first tenet of that is Adam Eaton not being an everyday option in right field.  At best, he can be deployed effectively as an outfielder off the bench, or in a platoon role with the oppositely-split Adam Engel in right.

If the White Sox offseason isn’t done, meaning they still add a DH/occasional OF type like Michael Brantley or Marcell Ozuna, then this is a positive move.  If Eaton is going to be tasked with being the everyday right fielder for a team in a potential pennant race?  Well, then we’ll have some problems.

While that is the type of players the Nationals traded for back in 2016, that’s not the player Adam Eaton is today, barring some sort of age 32 injury-free renaissance.  So while this report from Ken Rosenthal is certainly damaging to my ability to look at this signing with rose colored glasses, here’s to hoping its just day of acquisition corporate speak.

Deal is pending a physical. Plan, per source, is for Eaton to be everyday right fielder. https://t.co/uB9mdSSBNx

Apart from the drop off in production in 2019-20 and the injury history since leaving Chicago, the biggest question mark surrounding Eaton is the aftermath of the 2016 White Sox.  And that is, fairly, quite the elephant in the room.  After all, when arguably your best position player is calling an 11 year old a leader of the team, it’s no shock the clubhouse culture is in disarray.

Much was written and discussed about Eaton’s impact on the clubhouse back in 2016, so his reputation from back in those days is well documented.  Just ask Ozzie for his take.

Ozzie Guillen to Adam Eaton – "Eaton, nobody liked you in a White Sox uniform in the clubhouse." pic.twitter.com/v9PhOp5PXM

While that certainly is a concern, this is a different team and a different Eaton.  He’s no longer the top guy in the lineup, and the team has its own stars that have grown since he left.  It also appears the team did its due diligence, with veteran leaders on the team signing off on the move per James Fegan.   Plus, Todd Frazier is also gone, barring a similar move for Hawk’s pal.

It would seem the organization isn’t about to incinerate the clubhouse of a team on the precipice of greatness to bring in a right fielder on a one year, $7MM deal.  I’ve been wrong before, but any smart person wouldn’t take on a risk like that without knowing things had changed.  If Eaton is truly that devastating of a locker room cancer, then the front office that brought him in on a one year deal AFTER having had him in the building before had no chance to put together a winner from the start.

Overall, this move is going to be defined by how the rest of the offseason goes.  If Eaton is THE addition in the field, this is a disappointing half measure that blatantly goes against the win now mentality of trading Dane Dunning for Lance Lynn.  If he is a depth addition or at most a platoon player with an effective DH added to the lineup, then the White Sox can make this work.

It’s still early, so I’ll give it time and not cast judgment in a vacuum.  For now, Tony La Russa gets another savvy veteran (just go with it) to add to his lineup.