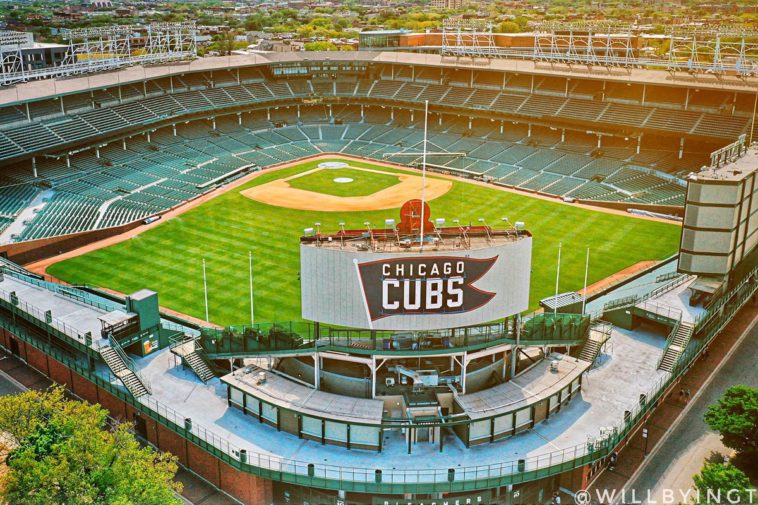 The ancient practice of storytelling yields a natural void, only to filled by the imagination of the audience. As the heroes we grew to love reign victorious, we hardly imagine the inevitable regression that follows that final stanza. For North Side baseball fans that glory was achieved after a century of suffering and despair. What followed was the humanistic desire to repeat past successes, raised expectations, and an eventual fall from grace.

It has been a tough few weeks for Chicago Cubs fans. In the span of 17 days, we bid farewell to a World Champion architect, two Game 7 extra-inning heroes, and the voice that captured it all. Yes, the Chicago Cubs will continue on without Theo Epstein, Albert Almora, Kyle Schwarber, and Len Kasper, but it will not be the same. It appears that the championship window has closed for a team that had dynasty potential. As we look back on the past few years of Cubs baseball we must ask ourselves, Did we enjoy it? Did we expect too much? Did we take this team for granted? And what comes next?

Did you enjoy it?

I wholeheartedly believe that the best time to be a Chicago Cubs fan was during the 2015 season. Whether it was the double-digit walk-offs, the inhuman dominance of Jake Arrietta, or the whole stadium clapping along to Starlin Castro’s walkup music, every fan felt like they were the first in line to see something great. When the Cubs knocked off the Cardinals to reach the NLCS a new bar had been set. What followed was the moment we all had been waiting for. A dominant season, a turbulent playoff run, and a World Series Championship. The second act was something to be desired, however. Cubs fans saw a few seasons of disappointing outcomes, tough trades, and the depletion of a once touted farm system, but winning baseball nonetheless.

I ask that every Cubs fan takes a moment of self-reflection. What kind of fan were you? Were you mad when we traded Gleyber Torres for Aroldis Chapman? Did you call for Maddon’s head after poor World Series bullpen management? Did you call on Theo to blow it up? Did you boo the Ricketts family at the Cubs convention? (Okay maybe that one is justified) Did you call Darvish a bust after an injury-plagued debut season? Were you critical of Kris Bryant’s commitment to the team?

Did you enjoy it? Did you appreciate meaningful baseball in August? Did you celebrate a playoff birth 5 times in 6 years? Did you comprehend the magnitude of defeating coaches like Bruce Bochy, Dusty Baker, Dave Roberts, and Terry Francona when it mattered most? Did you credit management for the many trade deadline risks to win another ring? Did you enjoy the development and good health of more than half of our touted prospects? Did you stop and think of all the past Cubs fans who weren’t as lucky as you?

I sure hope it was the latter.

The 2021 Cubs will likely look a lot different than in previous years. The newly anointed Hoyer front office has expressed a willingness to deal away just about any player on the roster. The most likely trade candidate appears to be Kris Bryant with a number of teams expressing interest. Additionally, players like Baez and Contreras will likely be expecting big paydays. Here are some predictions I have for the Cubs moving forward.

Bryant to the Mets seems like a real possibility given the chatter over the past few weeks. The Mets have really never replaced David Wright at Third Base and Bryant would slot in nicely with a team trying to contend.

In an attempt to avoid the “one and done” fate of the Royals and Cubs, the Washington Nationals are poised to return to their winning ways. They are in desperate need of a backstop and trading for Contreras may be the solution. Willson will likely see a better return than Bryant given the scarcity of hitting catchers. Regardless look for the loser of the Realmuto sweepstakes to take a big shot at Willy.

The Cubs “Get the Band Back Together”

Teams that are not fully committed to a rebuild like the Cubs still need to keep fans excited and engaged. There are few better ways to do that than to bring back some familiar faces. Free agents Jake Arrietta and Tommy La Stella may be targeted for this reason. I would not be upset to see them back at Wrigley. As part of the Contreras deal with Washington, it is also possible to see the return of Starlin Castro.

Javy and Rizzo get Extensions

If I had the choice between extending Contreras or Rizzo I would go with Willy every time. Unfortunately, the fan-favorite status of Rizzo holds a lot of weight when a team is no longer competing. Rizzo will get the big payday he passed up on last time around. Javier Baez on the other hand will likely receive a huge deal if ownership will allow for it. Well deserved El Mago!

I very well may be premature in closing the Cubs championship window but the writing has been on the wall for a while. The premature exits of Joe Maddon and Theo Epstein, the non-tenders of key past performers, and a massive and ownership-capped payroll are just a few reasons why I think it is so. Regardless, I want to take the time to say thank you to the entire Cubs organization for the most exciting 6 years of baseball this side of town has ever seen. Let’s not wait another 100 years to make it happen again!