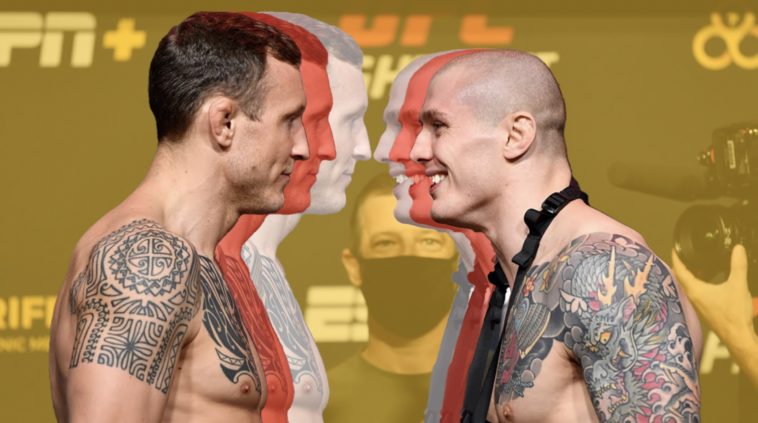 Well, they say third time’s the charm…at least that’s what the UFC and Jack Hermansson will be hoping for in the main event tonight. What was once built as a possible title eliminator fight between Darren Till and Jack Hermansson, will now take on its third iteration as “The Joker” takes on up-and-coming Marvin Vettori. Vettori got to take the fight after Kevin Holland was forced to drop following a positive COVID-19 test in his camp, Holland was set to cap off a huge 2020 in the octagon after stepping in on short notice for Darren Till earlier in the month. Needless to say, we are lucky that we still have a solid main event tonight.

Not only do we have a solid main event but we have quite an underrated card as a whole, lets take a look: 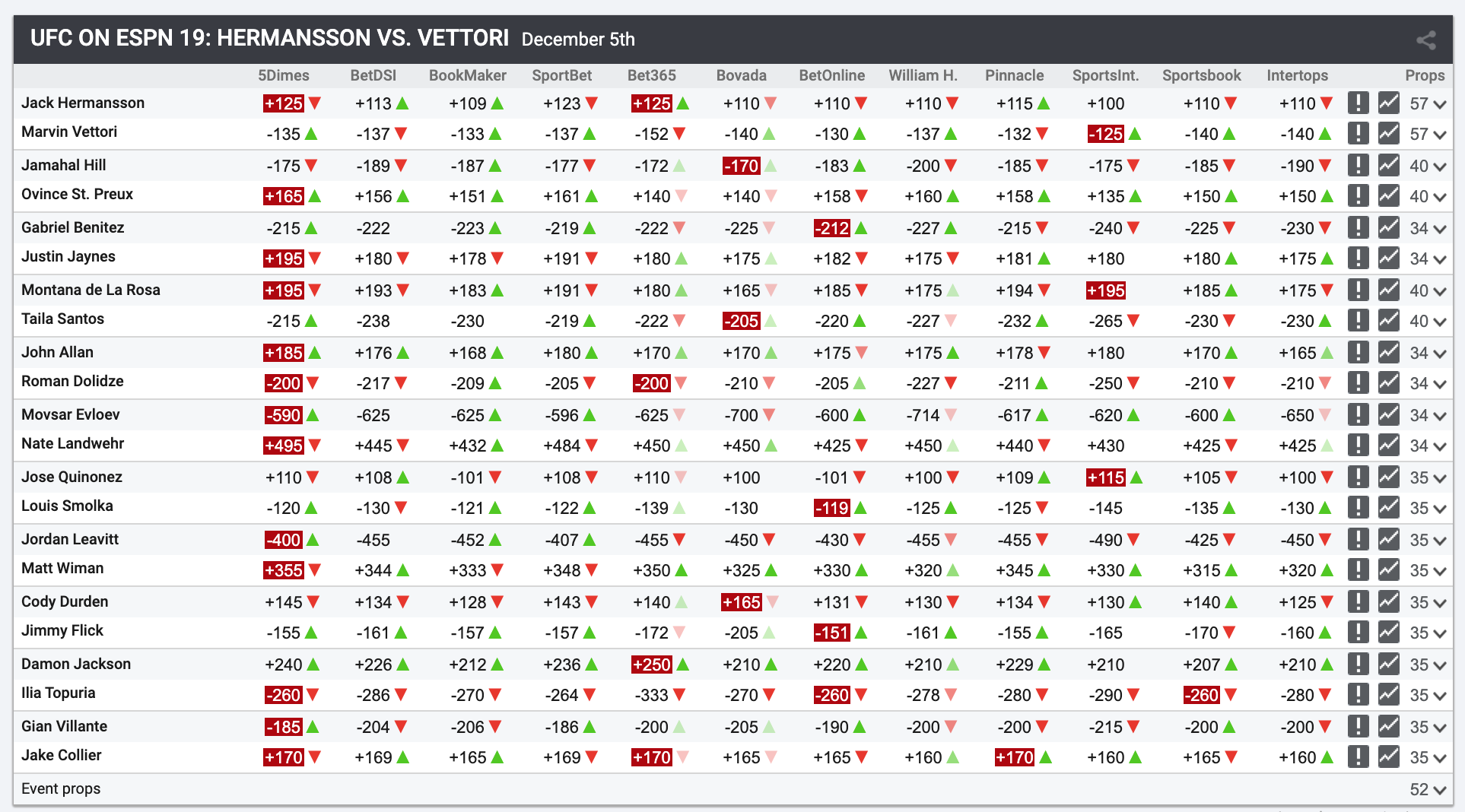 Like we do every week, we are going to pick them all. Let’s get into it.

Gian Villante (-185) – Frankly, I’m shocked this number is as low as it is. I think this fight will be quick. I don’t think Jake Collier is UFC quality, quick work for the veteran Gian Villante.

Damon Jackson (+240) – This is a very interesting fight. Ilia Topuria is the definition of a prospect. 9-0 and he’s only 23. This will be a nice jump in competition for Topuria. I just think Damon Jackson is too crafty of a veteran to go down easy to the young Topuria. Give me Damon Jackson as the live dog.

Jimmy Flick (-155) – This is going to be a great stretch of fights to open up the card. Jimmy Flick makes his UFC debut after dominating on the Contender Series. Cody Durden is a really tough first fight and these guys are going to beat the hell out of each other. Styles make fights, both of these guys are finishers, I think Flick gets it done.

Jordan Leavitt (-400) – Another prospect versus the veteran. This time I think the prospect takes it. Matt Wiman has been on what looks like a career-ending run. I just don’t see him getting a W against the undefeated Leavitt.

Louis Smolka (-120)- This fight was supposed to happen 3 weeks ago, I picked Smolka to win back then. I’m going to stick with my pick on this one to close out the Prelims.

Nate Landwehr (+495) – Another really intriguing bet on the card. Movsar Evloev is a -590 favorite. By far the largest on the whole card. He is undefeated at 13-0 and the younger fighter. I just think Nate Landwehr is CHAOS. He is going to make this fight very difficult for Evloev and I’m sure he’s taking it extremely personally that he’s almost a +500 underdog. I mean just look at this guy, this is confidence. 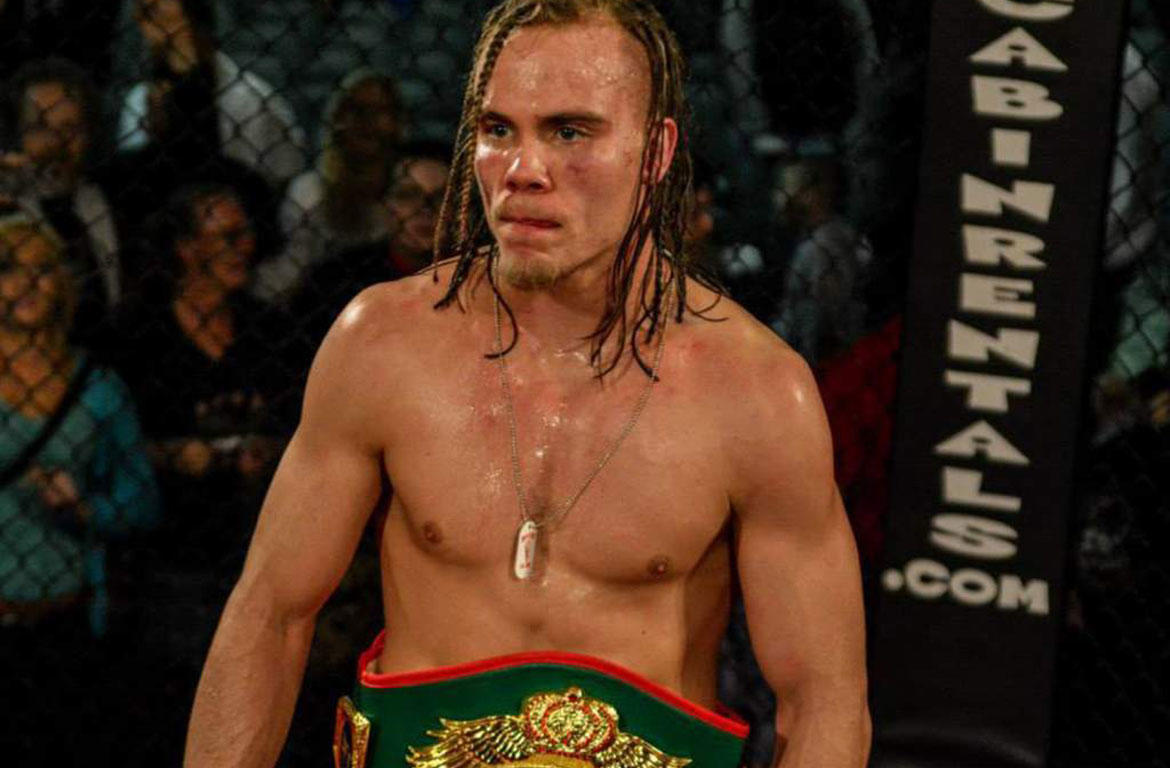 John Allan (+185) – John Allan on paper looks like even a bigger underdog than his number. He’s facing an undefeated fighter, he’s coming off of a year-long suspension from USADA for an estrogen blocker that Allan thinks was unfairly tested because of a prior medical problem. I think Allan’s motivation is at an all-time high, I think his striking is enough to end this fight early. Give me the dog on a night of dogs.

Montana de La Rosa (+195)- Another underdog with a great match-up. I’m not buying into the hype from Talia Santos. She’s 16-1 and de La Rosa has W over the only woman who has defeated Santos. Give me Montana de La Rosa, she’s the far superior fighter.

Justin Jaymes (+195) – Benitez is the UFC vet in this one, I just think he’s been on a skid as of late. I would’ve had Jaymes as a favorite here. I’m going to ride with Jaymes on the value alone, maybe even to get a finish.

Jamahal Hall (-175) – Jahmal Hall is the truth, this will be his toughest test to date. Hill should be 8-0 but has been screwed over by the Las Vegas Commission over a failed marijuana test. Crazy that a sport like professional fighting still has antiquated marijuana rules. Give me Hall, he should be able to match up with OSP. Hopefully, he can keep it on the feet.

Jack Hermansson (+125) – Well, I just think Jack Hermansson has gone through too much to get to this fight to be disrespected as an underdog. I get that Vettori is the real deal, I get that he’s the hot prospect. I just think “The Joker” has too much to lose here to not come out extremely dominant. Give me the underdog and let’s hope that the tides shift with the dogs.