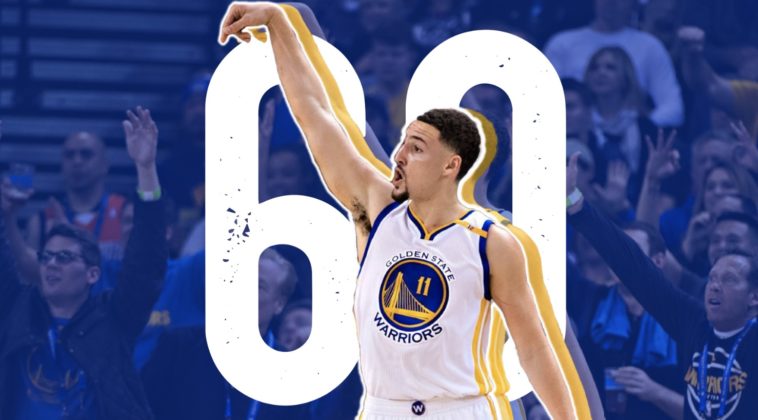 Today in sports history December 5th, 2016 Golden State Warriors guard Klay Thompson scored an absurd 60 points in only 29 minutes against the Indiana Pacers. The Warriors were up by such a significant margin that Klay Thompson did not play one moment in the 4th quarter. What made this even more special was he only dribbled the ball a total of 11 times and had the ball in his hand for a total of only 90 seconds the whole game. Talk about efficiency.

Today in sports history December 5, 2016: Klay Thompson was absolutely absurd. Get well soon! He scored 60 pts in just 29 minutes in a Warriors win over the Pacers.

Man just watching this makes me feel bad for Klay Thompson. We missed him all of last year due to the torn ACL and now we are going to miss him this year with a torn Achilles. I just hope that we haven’t seen the best of Klay Thompson and he comes back better than ever.