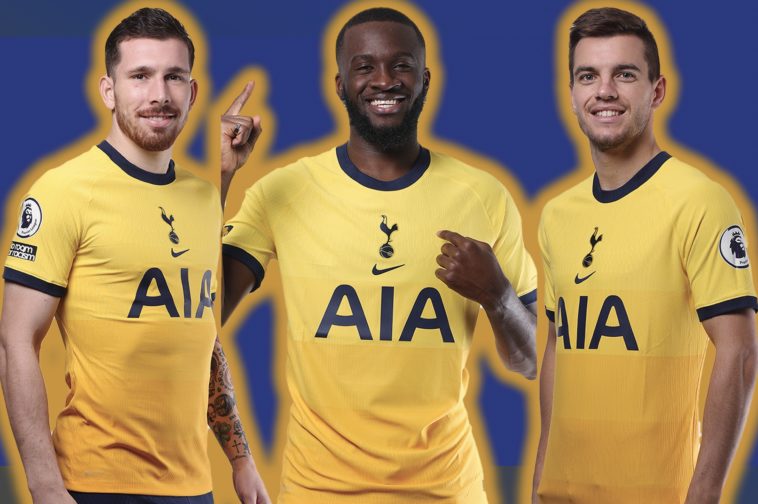 When Spurs made it to the Champions League final, the club had not won an away match since the departure of Moussa Dembele in January, and the midfield of Winks, Sissoko, and Eriksen were humbled by Liverpool’s trio of Henderson, Wijnaldum, and Fabinho. After the final, Christian Eriksen’s head was turned by the prospect of doing this again in different colors. It was clear his mind was made up, and subconsciously his fear of injury and lack of passion sucked the life out of Spurs’ midfield in the following period. At the same time, Tanguy Ndombele seemed to get heavier as the season wound on, eventually not getting a look in until a few post-lockdown cameos, which were still far from convincing.

Tottenham’s midfield in 2019 was not looking good.

Now with the 2020-21 season well underway, can we compare Spurs’ new central midfield three with the best of the rest? Can Spurs now say they can compete with Chelsea, Liverpool, and Man City’s midfield?

Pierre Emile Hojbjerg must be the first name on the team sheet after the obvious numbers 1, 10, and 7. His physicality and reading of opposition attacks have been effective, but it is his leadership – Mourinho calls him, “My captain without an armband” – which is the defining factor of the midfield’s success. Next on the sheet would be Tanguy Ndombele, who when he isn’t recycling possession in his own half, attracting players and making spaces for others with his slick touch and unorthodox body movement, he is starting counter attacks or moves that often finish with a goal attempt.

? Starting Together For The First Time In All Competitions For Spurs Against LASK!#THFC #COYS #UEL pic.twitter.com/gfP89TxaBR

Against Chelsea, Moussa Sissoko was an inside right defensive midfielder, and makeshift right back when Aurier went out to cover the right flank or go forward, and it is his adaptability and willingness to work that has won him his spot. He has justified his price tag now, and remains a crucial cog in our new midfield. It is he and Hojbjerg who provide the protective cover for the Spurs defense, and the reason it is the meanest defense in the league right now.

Mourinho to the Spurs players after going 2 goals up against Manchester City #TOTMCI : pic.twitter.com/Dy4IEJb8HJ

Add to this our bench of Giovanni Lo Celso, Harry Winks, and Dele Alli, and there is an argument our midfield has just as much depth as Man City, Liverpool, or Chelsea. When Dele cannot even make the league squad, it can only mean competition is fierce. So, do Spurs come close to all the rest? Time will tell, but for this Spurs fan the answer is a