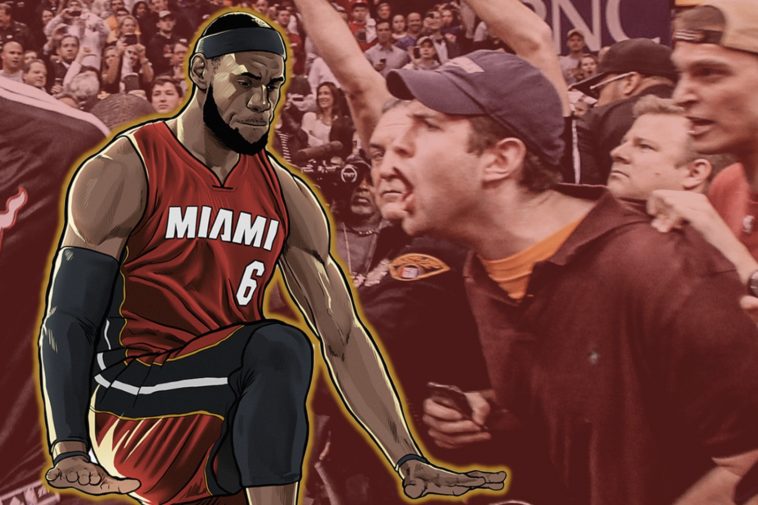 December 2nd, 2010 LeBron James returns to play the Cleveland Cavaliers for the first time since leaving to join the Miami Heat. LeBron was of course met with boos, and walked into an absolute hostile environment. And what did LeBron James do? He delivered.

LeBron James led the heat to an easy 118-90 win against his former team. And LeBron went off for 38 points on 15-25 shooting and had 8 rebounds and 5 assists.

Today in sports history December 2nd, 2010 LeBron James returns to Cleveland to play the Cavaliers with the Miami Heat for first time after the decision

In a weird way the villain role fit LeBron James. The fans were epic. They even chanted “Scottie Pippen” at the way of LeBron James referring to the fact that he was the Pippen to Dwayne Wade’s Jordan (far from true).

What makes the LeBron story even cooler is that he eventually returned to Cleveland to play for the Cavaliers again. Many players, and people, would probably hold a grudge against a group of people who booed him and treated him so poorly on his return. The LeBron James story is truly remarkable.