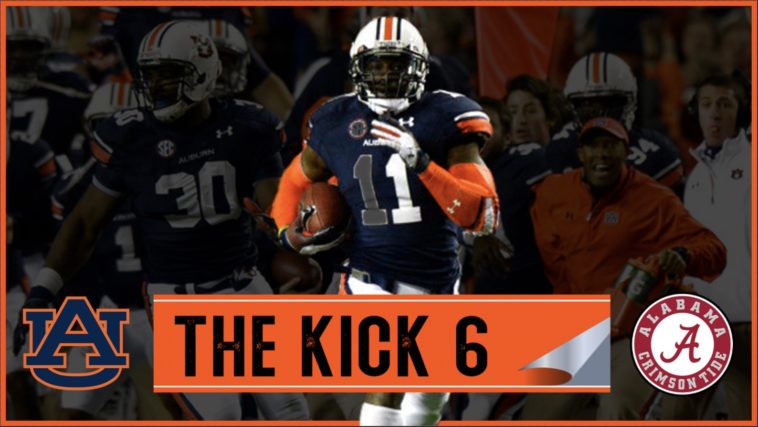 Today in sports history November 30th, 2013. Alabama vs Auburn played the 78th annual Iron Bowl. This Iron Bowl featured the most famous play in Iron Bowl history “The Kick Six”. With one second left in the 4th quarter the number 1 ranked Crimson Tide took on the number 4 ranked Tigers. A Berth in the 2013 SEC Championship game was on the line. Alabama lined up for a 57 yard field goal to win the game, and chaos ensued.

It remains to be one of the most memorable plays in college football history and one of the moments where you always remember where you were watching it. In what might be a top 5 rivalry in college sports this is the number 1 moment in the rivalries history, especially if you are an Auburn Tigers fan.