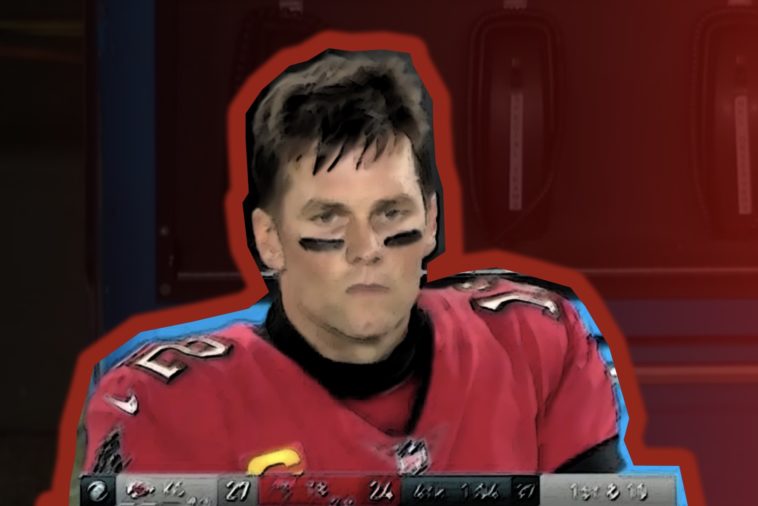 History was made today and we are losers for it during the Red Zone channel. The Denver Broncos quarterbacks all were ineligible to play due to COVID-19 protocols. Somehow the NFL punished them and viewers across America as we were subjected with only three games in the afternoon slate and one of them was a team starting a tight end as a Quarterback in the Saints and the Broncos starting a practice squad Wide Receiver at Quarterback. In case it wasn’t confirmed before it is now.. You need a quarterback to play football. So all and all we all were somewhat losers today.

On a day when the #Broncos had no QBs available due to COVID-19, QB/WR Kendall Hinton finished 1 of 9 passing for 13 yards with 2 INTs. An unforgettable and forgettable day.

Derrick Henry ran wild against the Tennessee Titans. So much for the Colts elite defense. Henry was in a way terrifying. We’ve all seen the memes of how big Derrick Henry is but the stats he accumulated today were just plain mean. 27 carries, 128 yards. Derrick Henry stole the show in the morning slate.

The NFC East jokes have been used over and over again. But really it’s getting disgusting that one of the teams in this division will make the playoffs. The New York Giants are sitting at 1st place 4-7. Colt McCoy replaced an injured Daniel Jones. If Jones misses a significant amount of time there is nothing more fitting than if Colt McCoy won this putrid division.

Colt McCoy was born to win the NFC east

Baker Mayfield missed the easiest touchdown I have ever seen. The Jaguars got frisky at the end of the game but the Browns won. And the Browns sit at 8-3 and in prime playoff position. We all know the jokes that God Hates Cleveland but unless a total collapse occurs the Browns will finally get to the playoffs.

Nothing screamed a trap game like the Raiders heading to Atlanta. But with Derek Carr playing at a high level, the team looking to keep pace in the playoff race, it seemed like if there was a time to defy trap game logic, this was it. Instead, the Raiders scored only two Field Goals and are now in an uphill battle to reach the playoffs.

#Raiders went from trading blows with the #Chiefs to getting mopped by the #Falcons the very next week. Not the same team.

The New England Patriots just won’t die. But what died today was Kyler Murray’s MVP campaign. The Cardinals lost 17-20 to the Patriots despite playing against the artist formerly known as Cam Newton. Newton threw for 84 yards and two interceptions he did add 46 yards on the ground and had a key run to set up the game winning field goal but the Cardinals have to win games like this if they want to be taken seriously as playoff contenders.

So Cardinals lose by three. They went for it on fourth and goal right before the half and didn’t get it. #Analytics

The Buccaneers have now lost every game against a good opponent this year except for the Green Bay Packers. Their defense got torn apart by Patrick Mahomes and the Chiefs. The Buccaneers might just not be Super Bowl contenders after-all.

Tom Brady is now 1-for-21 on passes traveling 20 or more air yards since Week 8…0-for-2 on these passes today.

Another team in the NFC where we thought.. hey could this be the team to beat in the NFC? Nope. The NFC remains a mystery. Teams that are Super Bowl favorites usually win games like this but not in this whacky NFC.

Niners just beat the Rams again. If you were watching Mahomes v Brady instead — you were better for it.