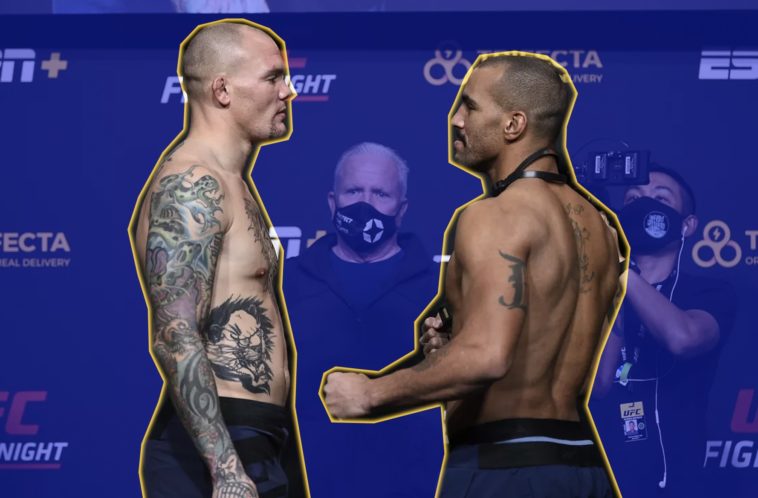 UFC in the times of COVID-19 keeps on trucking forward, but not without a little reshuffling of the card first. The main event tonight was supposed to be a Heavyweight title eliminator between Curtis Blaydes and Derrick Lewis. That got scrapped last second because of a positive COVID test from Blaydes. Clearly a huge blow to a card that didn’t have a lot of big names on it, to begin with. Thus we trudge on and will continue to make money for THIS blog. Anthony Smith and Devin Clark step in on short notice to the main event, the fight will move from 3 rounds to 5, so it will have a true main event feel. Carylyle vs Algeo moves up from the prelims to the main card and Baeza vs Sato will now be the co-main event of the evening.

If you’ve been following along with my picks, you’ll know I had a huge night last week. 5-0 on the main card, 8-4 on the night. Looking to keep the hot hand, HOT. Here’s a look at the updated card for tonight. 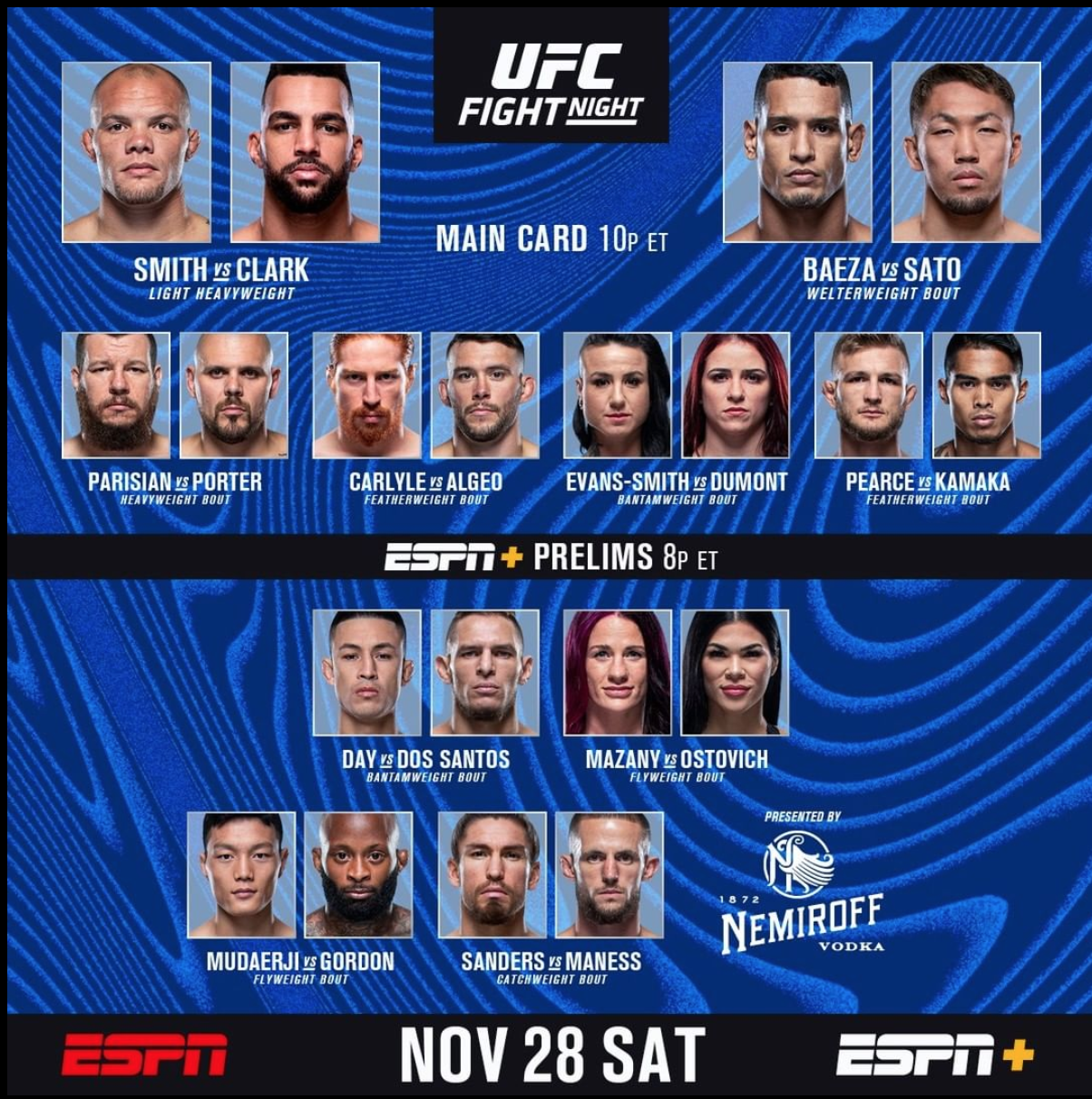 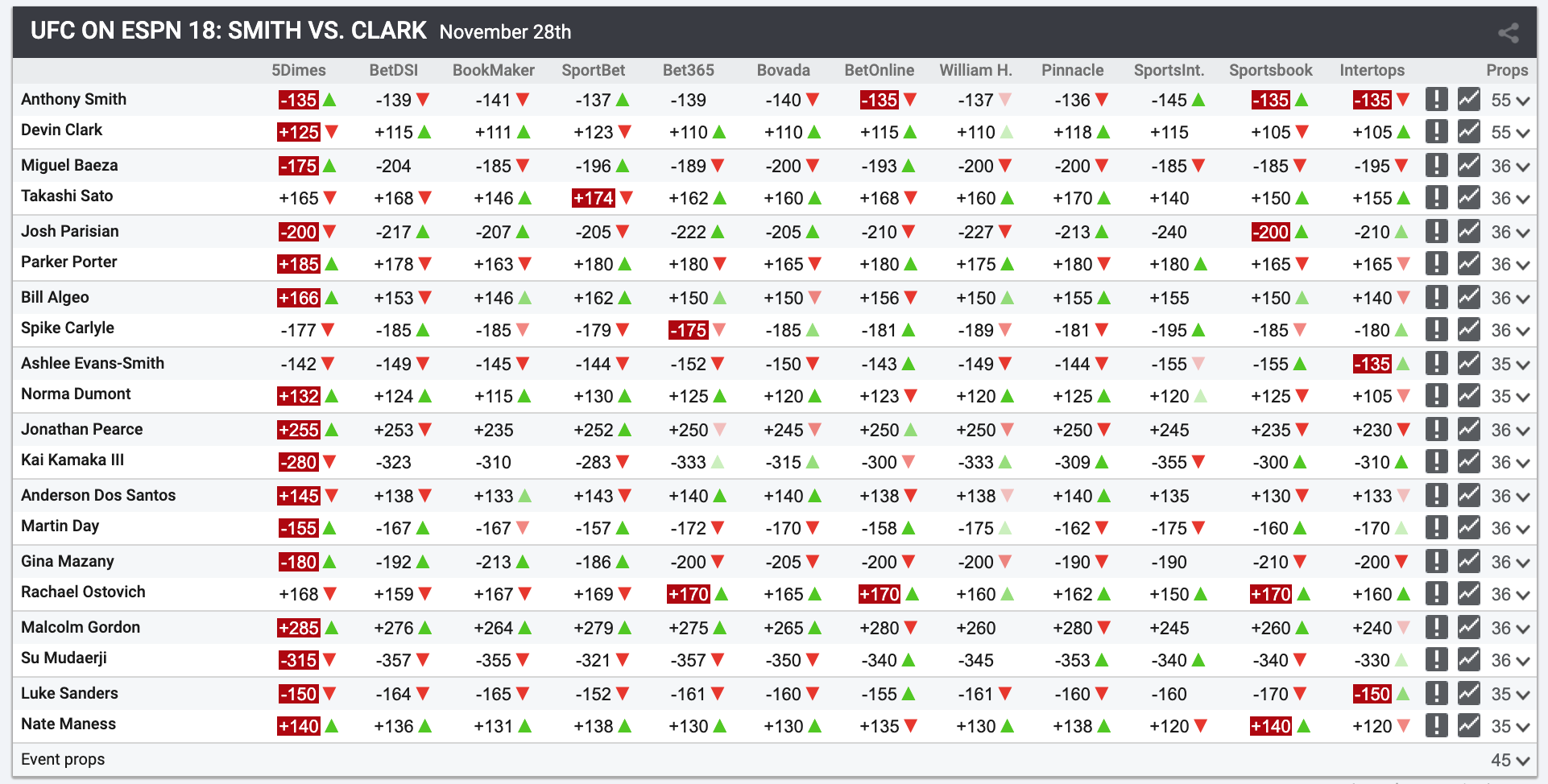 Luke Sanders (-150) – I just like the guys that he has fought better than Maness. I think Sanders has been in there and beaten much tougher guys, don’t let the 12-1 record on Maness fool you, he’s an underdog for a reason.

Su Mudaerji (-315) – Dana is really excited for this guy, he’s one of the first prospects in the UFC to come out of China. He’s very dangerous on his feet and his opponent just came off of a quick loss. Perhaps another quick loss is coming in Malcolm Gordon’s future.

Gina Mazany (-180) – This will not be a good fight. 6-4 vs 4-5. Mazany once had a lot of promise but recently she has been used as enhancement talent. her opponent Rachael Ostovich got tapped out by Paige VanZant, which says A LOT. Give me Manzany.

Kai Kamaka III (-280) – This fight scares me a little bit. I really like a lot of Kamaka’s tools, I like how fluid he looked in his last fight. His lack of finishes gives me the slightest bit of pause. On the other hand, his opponent Jonathan Pearce finishes fights, 8 of his 9 wins are finishes while Kamaka has one (1) submission victory compared to 7 decision wins. Should be an interesting clash.

Ashlee Evans-Smith (-142) – Ashlee Evans-Smith has fought a ton of top women at 135. She now moves up to 145 to take on a woman with 5 professional fights. Dumont is coming off of a 1st round KO to Megan Anderson, something you don’t see often in any womens division. I’m just going to ride with experience here and hopefully she can ride that to a UD victory.

Spike Carlyle (-177) – Spike is one of the most exciting fighters to blast his way onto the UFC scene in 2020. The “Alpha Ginger” looks to bounce back from a tough loss against Billy Quarantillo in his last bout. Look for a finish in this one against a tough match-up in Bill Algeo.

Josh Parisian (-200) – Give me the Contender Series alum vs Parker Porter. Porter is a dude who hung very tough in his UFC debut against Chris Daukaus, but in the end he was out of there in the first round and felt more like enhancement talent. Give me Josh Parisian to make quick work.

Miguel Baeza (-175) – This fight has all of the makings for fight of the night. Two guys that can absolutely bang on the feet. Baeza will look to keep his perfect record alive and I think he will do just that in a very tough fight.

Devin Clark (+125) – When I saw that Anthony Smith was fighting 5 rounds again, I got scared. I just don’t think he will be able to hang. Clearly Devin Clark is somewhat of a step down from the competition that Smith has been used to in the past year, I just think that the wrestler will be ale to hang better than Smith. Give me the underdog in Clark.