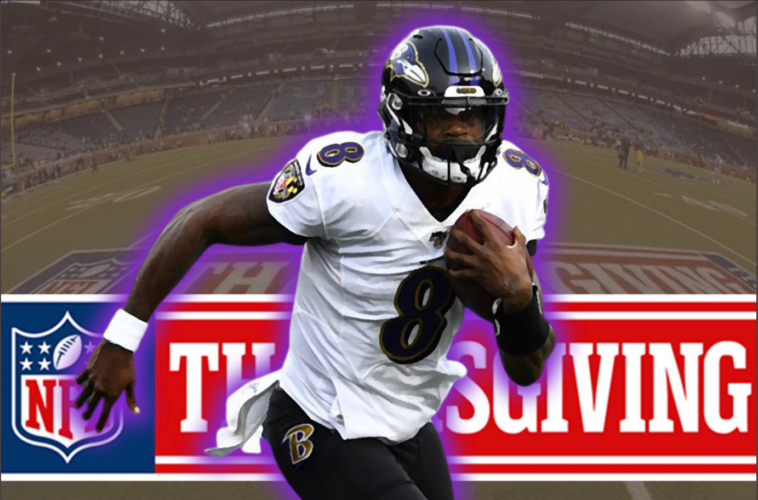 It’s Thanksgiving and you may be staying home which will lead to an awkward conversation from your anti-masker uncle, or you’re with your family where a different awkward conversation awaits. There’s at least one thing you can look forward towards: Thanksgiving Football! Unless you’re the Ravens and the Steelers, we are still on for tonight and while the strength of the football teams decreased significantly without the Pittsburgh games but the matchups are still intriguing!

Which pie are you picking? ?? pic.twitter.com/WfFmoyA9NY

The Texans season seems all but lost and Detroit is looking at this as a MUST WIN to remain relevant after getting embarassed last week.

The Lions were shutout last week by a stingy Carolina defense but should find a way to get the ball rolling against the 31st ranked defense in the NFL. Stafford will hope that the running game comes to life a little bit and help lighten the blow of Golladay’s injury. The Lions should give Swift more carries with his higher yards per average and TDs than lead back AP. Detroit has a very clear road to victory and that’s keeping the ball out of Deshaun Watson’s hands and staying on the field. It doesn’t help that the Lions will be playing without first round pick Jeff Okudah and the secondary will need all the help they can get.

As for the Texans, Deshaun Watson would probably be an MVP candidate if his team wasn’t so terrible and could win games without him have to do everything AND some. Just like every game they’ve won this season Deshaun Watson will have to score at least 3 TDs himself and pass for 300 yards or so (2,883 on the year with 20 TDs and 5 interceptions). The Texans will be without Randall Cobb so be mindful of how they use Fuller and Cooks more in the pass game against a secondary missing Okudah.

This game is huge for playoff implication in the NFC Least with both of these teams only a game behind first place and fighting for a chance to get into the postseason to get smoked by whoever the 5 seed is.

These teams couldn’t really be more different in strengths with the Washington Football Team being propelled to 3-7 through a rowdy front seven and an opportunistic secondary. Montez sweat has been having a solid year with 6 sacks and 16 tackles for loss and between him, Chase Young, and Ryan Kerrigan, opposing QBs get rid of the ball quick into the hands of Kendall Fuller (2nd in the league with 4 interceptions). Alex Smith appears to slowly but surely reestablishing his rhythm and looks more and more comfortable every week in conjunction with how successful the run game is going.

The Cowboys are hoping to repeat their success last week against the Vikings against a lower-powered offense. The defense stepped up and made some huge stops against the Vikings’ attack and the offense got the ball rolling with some solid rushing efforts from Zeke who got over 100 yards and Tony Pollard who averaged 12 yards a carry. With such a strong run game established Dalton had a lot of open looks en route to 3 TDs. Now seems a good a time as any to avenge a loss earlier this season.

Steelers players are not happy. pic.twitter.com/JAajeWNVyJ