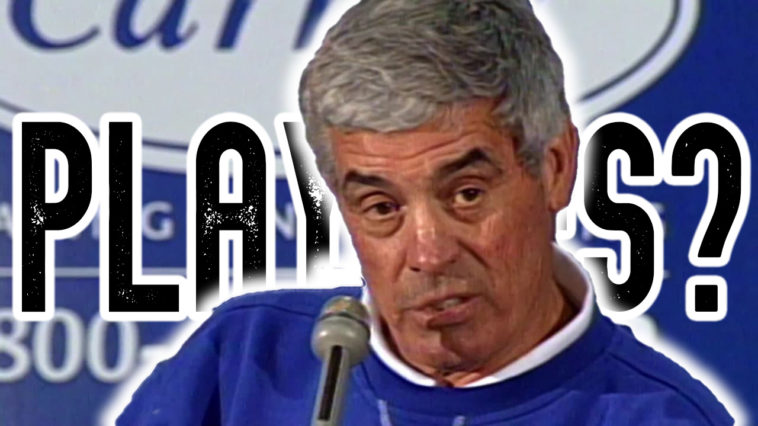 Today in sports history November 2nd, 2001, Indianapolis Colts head coach Jim Mora Sr. had his famous “playoffs” rant after the Indianapolis Colts lost to the San Francisco 49ers to fall to a 4-6 record. Jim Mora was disappointed in his team’s loss and did a great job of not throwing any players under the bus. He was very good at taking the question and reflecting the blame on himself. However, Jim Mora lost it when a reporter asked him if the team still had a shot at the playoffs:

Most famously the “Playoffs” rant turned into a Coors Light commercial: