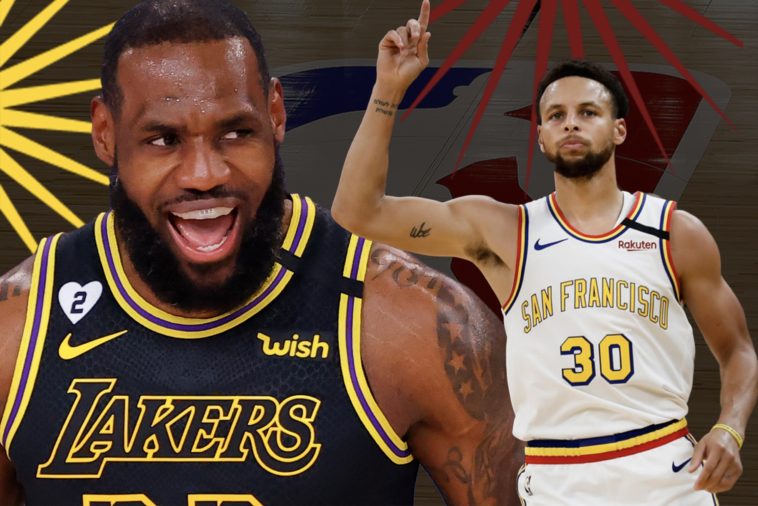 The NBA has taken some swift action and has decided to begin the season on December 22nd with a shortened 72 game regular season. Despite the NBA season ending on October 11th after the Los Angeles Lakers defeated the Miami Heat in 6 games to win the NBA finals. The NBA has officially filed a vote and has cemented a quick turn-around to begin the NBA season on December 22nd, a mere 2 months and a 11 days after the NBA Finals. That has caused a rush between getting the NBA Draft finished, Free agency, and teams piecing together their rosters before training camp for the NBA officially begins on December 1st. Here’s everything you need to know about the upcoming 72 game NBA season.

This upcoming #NBA season will be very different, with a 72-game schedule set to begin Dec. 22, and the 7th & 8th playoff spots for each conference will be finalized by a "play-in tournament May 18-21," per @MarkG_Medina.https://t.co/pDMlJcvKtg pic.twitter.com/DnUGc8prWV

How Many Games Will The NBA Season Be And When Will The Season Being?

The NBA season will be shortened this season and begin on December 22nd. Why 72 games and why December 22nd? Well, as we all know the NBA is a business. And with the pandemic still occurring the NBA is trying to salvage any dollar it can. A huge portion of the NBA’s money comes from selling tickets to concessions at the stadium, all the way to selling jersey’s and merchandise on game time. It’s common advertising. So the hope is the NBA can get some sort of fans into the stadium to recoup losses. The pandemic has forced the NBA to change some of the way it does business but still fans and in game experience is a huge sum of money.

So why December 22nd? And why 72 games? Simply put.. money talks. The NBA claims that starting on December 22nd rather than on January 18th (Martin Luther King Jr. Day) could make up about $1 billion dollars in earnings. 72 games is just long enough to meet the NBA’s agreement with regional sports networks, and also starting before Christmas and on Christmas day the NBA can grab some of that holiday advertising money. It just makes sense financially to have 72 games and start before Christmas.

So how and why did the players agree to this start?

For one, not all NBA players just came out of the bubble. Many of these players haven’t played a game since March (looking at your Steph Curry, man I’m excited to watch him play). If you got eliminated in the 1st round you’ve been out since August. So yes, the Lakers and Heat specifically might have a quick turn around but many teams do not and are ready and eager to play.

But once again, money talks. NBA players just like most Americans have salaries (usually bigger than most Americans). About 10% of that salary is held in escrow. In somewhat simple terms the escrow is a way to guarantee revenue split between players and teams. Not to get too technical here but the NBA runs its revenue model on projects. So if the league makes more money than projected in a year, the NBA players get their escrow money back either in full or partly. So starting the season in December means more revenue to split and a better chance of the players getting that escrow money back.

ESPN story with @ZachLowe_NBA: The NBA’s Board of Governors and the Players Association are holding separate meetings on Thursday expected to culminate with an agreement on starting the 2020-2021 season on Dec. 22 and playing a reduced 72-game schedule. https://t.co/y9s8szyhyb

Will there be any season format change?

For the most part there will be very minimal change. The Toronto Raptors did not get permission from Canada to play in Toronto so they will play in Tampa. Teams are going to have to do three times as many back to backs so they can get those 72 games in. But there will probably also be less travel.

The NBA might name an All-Star team for the East and West but all indication is that the game itself will not be played, and might actually be replaced with a mini-break for the NBA teams. It’s also possible there could be a play-in tournament for the playoffs bigger than last years. Rumors are swirling that there could be a potential 7th seed vs 8th seed and 9th seed versus 10th seed matchup. The loser of the 7th vs 8th matchup would play the winner of the 9th versus 10th matchup for a playoff spot.

So there will be no bubble? Why?

A bubble costs a ton of money. Also, putting players, coaches and personal in a bubble for that long would be not work or be ideal.

When will the NBA season end?

The exact date isn’t set in stone yet because the official calendar is not out. But the expectations are they could squeeze the 72 games and playoffs by mid-late July and be on the right track to start the next season somewhat on time.

Will NBA players still play in the Olympics if the season ends in July?

Well this is a big question mark. For one, we have no idea what/if/how the olympics can take place next July in Tokyo. Some variations of the calendar have the NBA season ending July 22nd and the Olympics starting July 23rd. So maybe for NBA finals participants it’s a tough task.

However, if the Olympics were to happen, I could imagine many NBA players jumping on the opportunity to go play for their National team, regardless if it’s the United States, Spain, or Argentina, etc.

The NBA Finals reportedly could end as late as a day before the Olympics, and a deep Warriors run could keep Steph Curry out of Tokyohttps://t.co/efvUUAysCI pic.twitter.com/dbKqOYzYIJ

We are about to enter an NBA season unlike any we have seen before. With COVID still ongoing we can most likely expect some positive tests, delays and games being cancelled or postponed. However, if there are any lessons learned from MLB, NFL and other sports around the globe. It’s time for the NBA to buckle up and navigate through another whacky season.