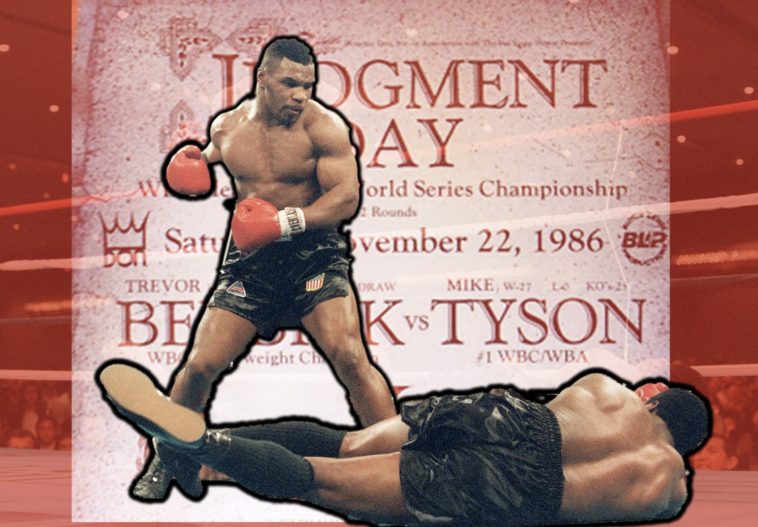 Today in sports history November 22nd, 1986; Mike Tyson by knock out defeated Trevor Berbick to become the youngest heavyweight champion of all time. Mike Tyson was only 20 years and 150 days old when he destroyed Berbick. Thus, began a 4 year reign on top of the heavyweight division which Iron Mike Tyson dominated.

When Tyson entered the fight h was 27-0 and he had won 25 of those fights by knockout. The hype surrounding Mike Tyson was already beginning to build up and had not been seen this big since the days of Muhammad Ali.

Berbick entered the right as the WBC Champion, despite that he was a 7/1 under dog to Mike Tyson. A fun fact about the fight was Berbick wanted to throw off Iron Mike by wearing black shorts. And since Berbick was the champion he got first choice of trunk colors. So, Mike Tyson also wore black which was prohibited and he paid a $5,000 fine.

Mike Tyson dominated the fight. And in the second round Tyson got Berick with a over hand right, a big right to the body and a left hook to the face. Berbick went to the ground. Tyson won. And Iron Mike became the youngest heavyweight champion of all time. After the fight Tyson proclaimed:

“I’ll fight anybody. I’m the best fighter in the world. No man can beat me.”

And for a while he was right.