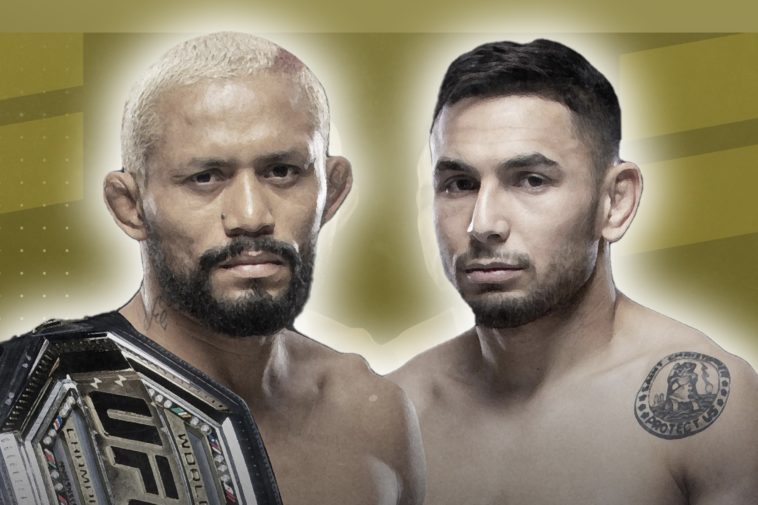 It’s PPV day!!! UFC 255 comes at you LIVE tonight on the ESPN Family of Networks and ESPN PPV and I am here once again to make you some money. Defintely looking to bounce back after last week, it was a tough finish to the night but an overall great slate of fights.

Two title fights tonight on PPV in the men’s and women’s Flyweight Divisions. Deiveson Figueiredo looks to defend his title for the first time against former Contender Series alum Alex Perez. Perez thus becomes the first Contender Series alum to fight for a title. It will be nice to see Figueiredo fight someone other than Joe Benavidez, we will see how legit “Deus de Guerra” is as King of the Flyweights. The second title fight and the Co-Main Event of the evening is another Valentina Shevchenko Showcase this time against challenger Jennifer Maia who actually has a loss against Katlyn Chookagian who is further down on the card. Shevchenko will get to show why she’s a -1400 favorite tonight.

Favorites have been absolutely dominating ever since the UFC came back from Fight Island, going 22-8 over the last 3 weeks. Something to keep in mind when making picks tonight. 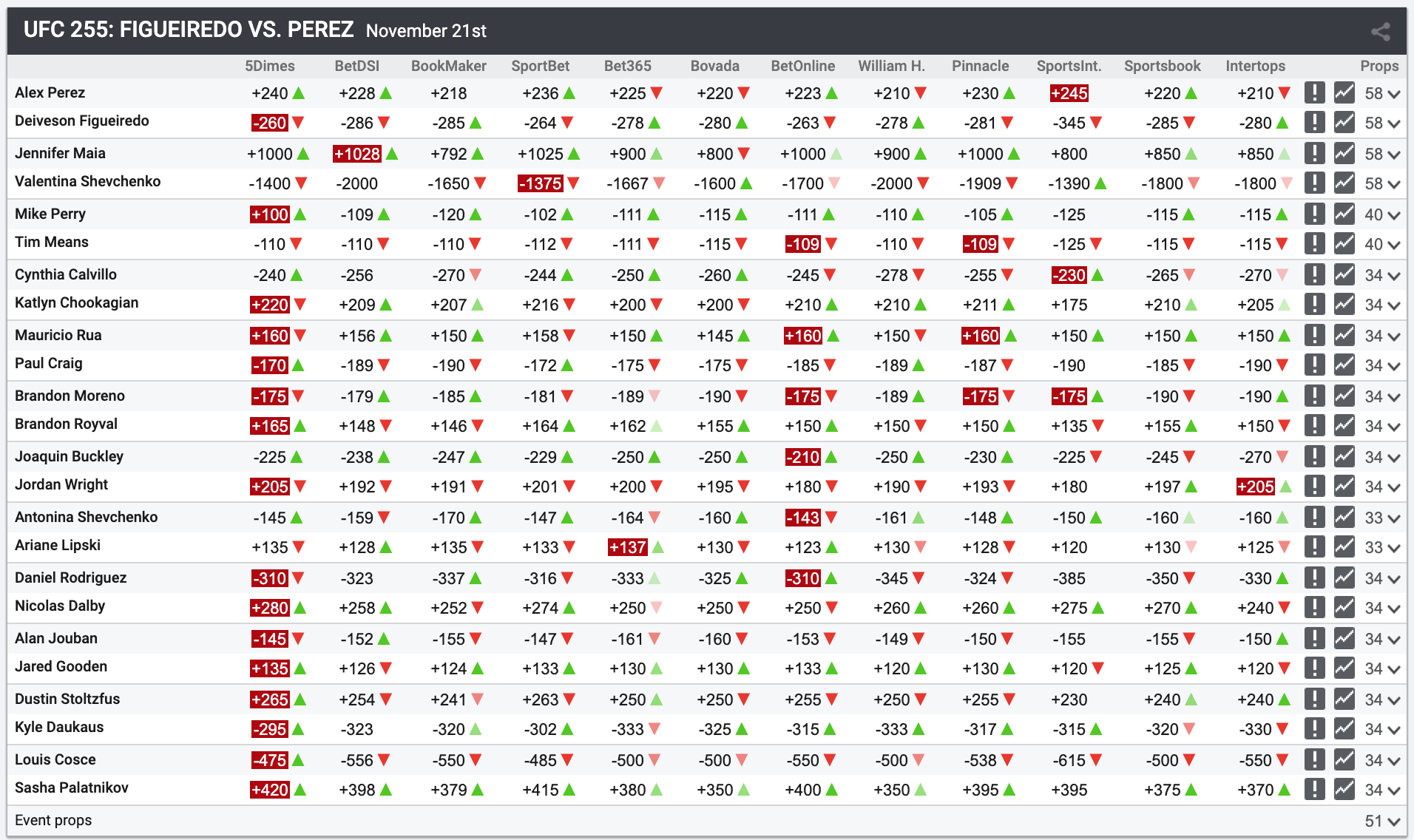 Louis Cosce (-475) – In a fight between two debuting fighters, let’s ride with the younger and undefeated one in Cosce. Cosce is another contender series alum on a card that is littered with them. Look for him to get this W.

Kyle Daukaus (-295) –  In a fight between two contender series alums, I’m riding with the guy who is coming off the loss. Big fan of the Daukaus fighting family, look for Kyle to bounce back after his loss to Brendan Allen. Stoltzfus is going to come in hot. He just got signed after finishing a guy in the first round in August; should be a good matchup between two 1 loss fighters.

Jared Gooden (+135) – I’m going to be honest. This is a total eye test for me. Jouban has one foot out the door with his recent TV appearances. Jouban is 38, Gooden is 26. I just have a funky feeling about this one going against the trend.

Daniel Rodriguez (-310) – Back on trend again. Really like Rodriguez in this one. I even think this has Fight of the Night potential. Dalby is a really live underdog and an extremely solid and experienced fighter in his own right. I just like the run that Rodriguez has been on, keep the big night rolling for the Contender Series alums.

Antonina Shevchenko (-145) – If Valentina is fighting at the top of the card, pretty likely that her sister is going to fight on that card as well. I like Antonina in this fight to start of the night for the Sisters Shevchenko.

Joaquin Buckley (-225) – Do you buy into the hype? Joaquin Buckley, the man who had his career changed overnight with one kick. Yes, that kick. I think he keeps the train rolling in this one.

Brandon Royval (+165) – Against the grain once again. This really is the favorite to be Fight of the Night. I like Royval’s finishing ability. Especially at a weight class like flyweight, having the ability to finish is even more important.

Paul Craig (-170) -The first time these two fought, it was a draw. I think Craig really puts that one to sleep in this one. Shogun is still very tough but Craig will look to retire the legend tonight.

Katlyn Chookagian (+220) – Calvillo is legit, I just like the odds for Chookagian here. I think she’s too tough to be a +220 dog, give me Katlyn and her length to win this fight.

Tim Means (-110) – Means was the underdog before weigh-ins on Friday. That was before Mike Perry went on a mini Twitter rant: 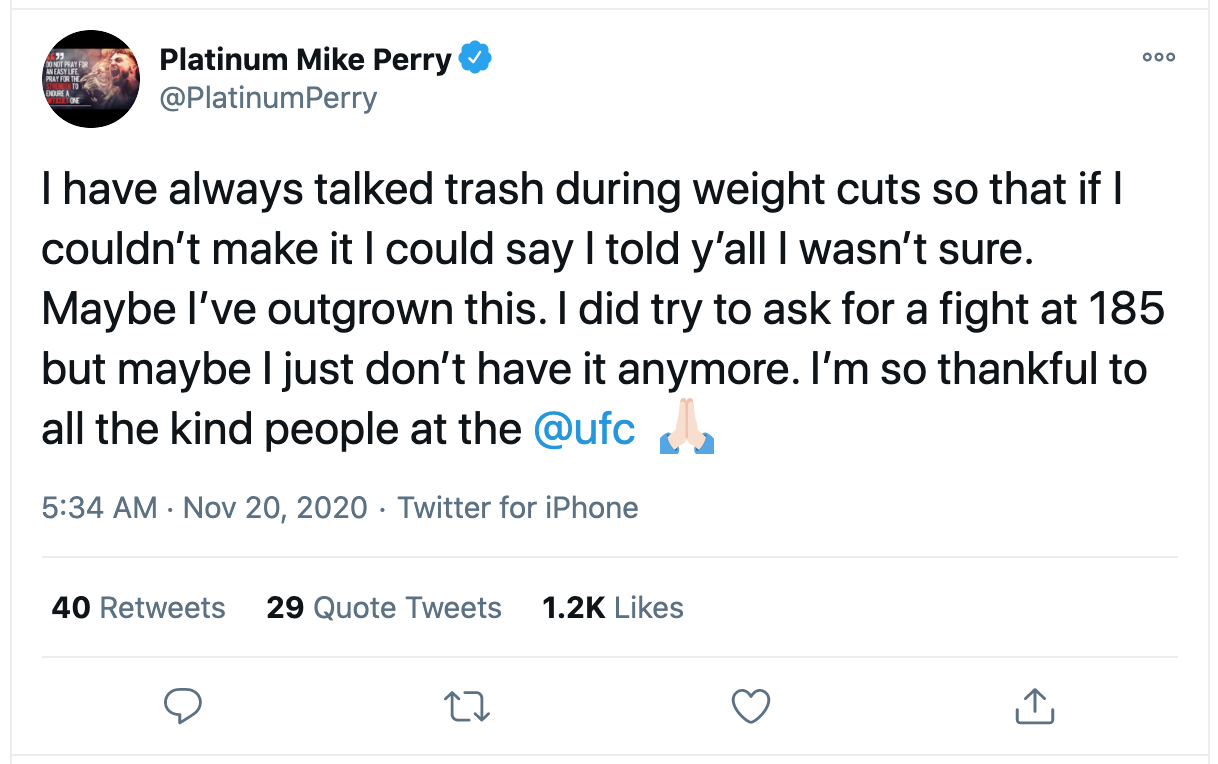 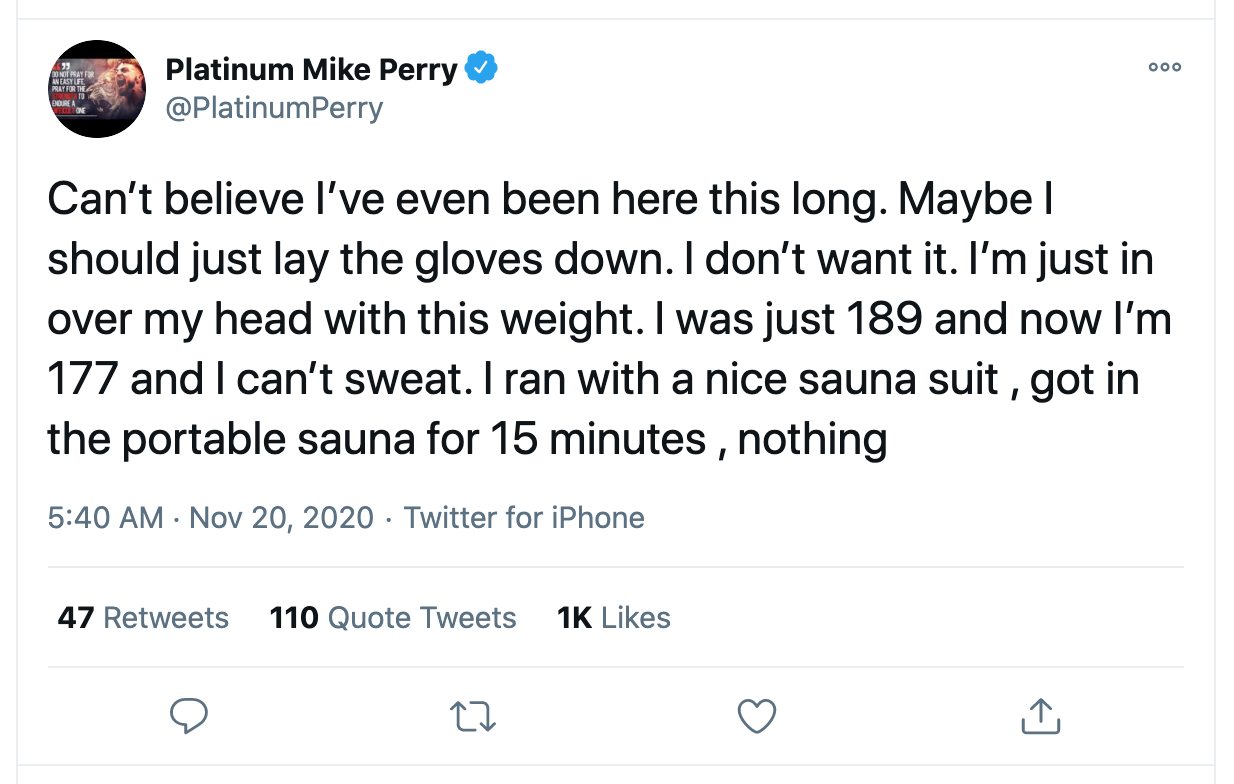 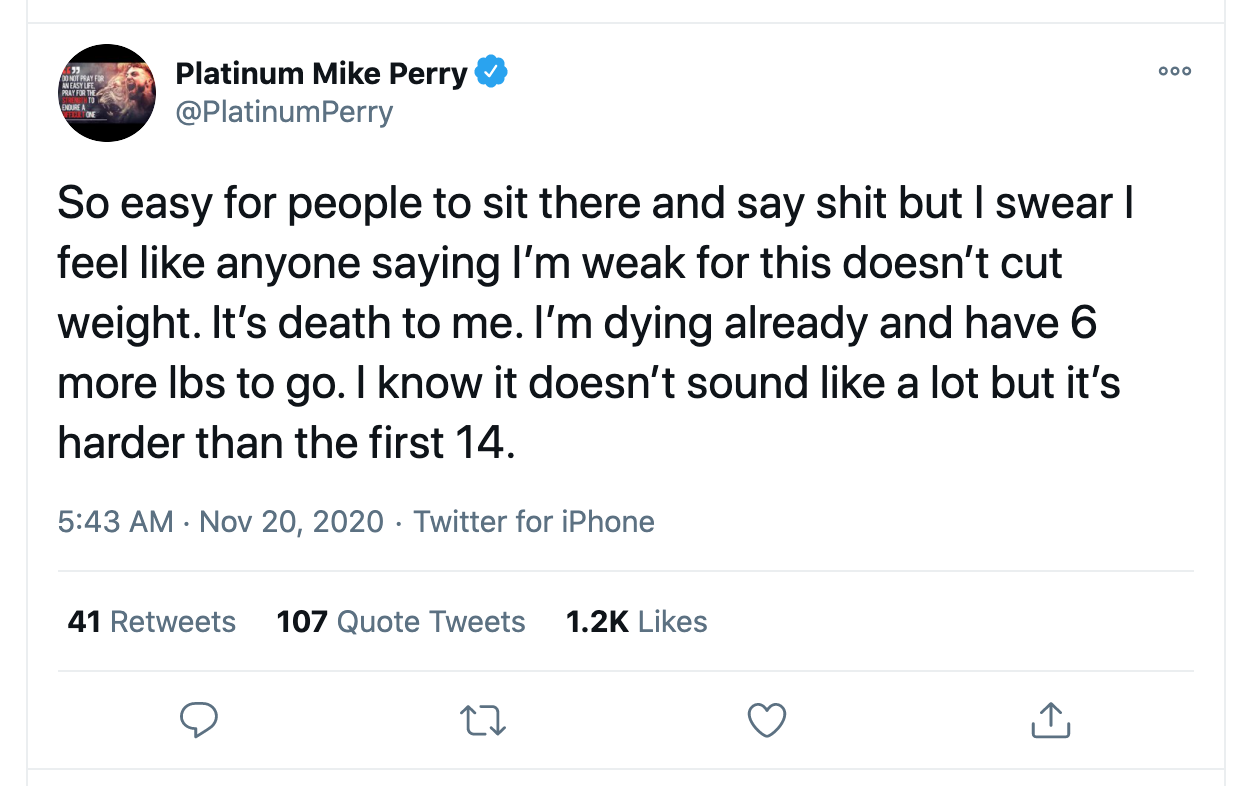 Then proceeded to miss weight by 5 lbs while dabbing on the scale.

Should be an interesting one, Mike Perry has always been a wild one, I’ll take Tim Means.

Deiveson Figueiredo (-260) – A flyweight with the power of a middleweight. I think Perez will be a tough test, but this will be a showcase for both champions tonight.