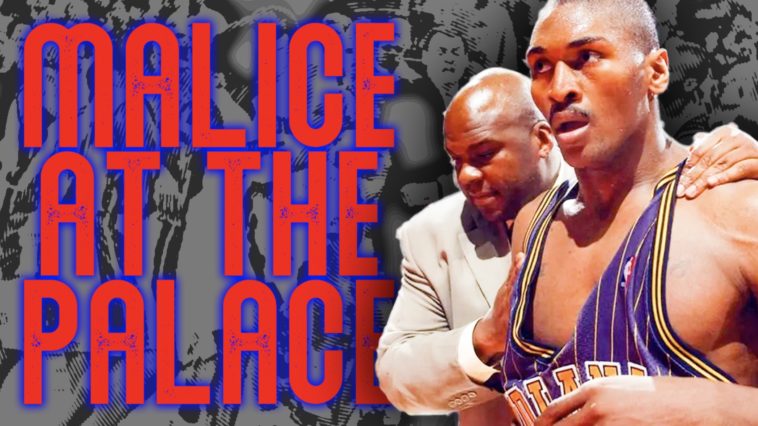 Today in sports history November 19th, 2004 the most infamous moment in the history of the NBA. The Malice in the palace. After a hard foul by Detroit Piston’s Ben Wallace, The Indiana Pacers Ron Artest (now known as Metta World Peace), walked around until he reached the scores table, and sat on the scores table. After a few seconds on the scores table, he felt something hit him. It was a beer thrown by a Detroit Pistons fan. Artest lost his cool quickly.. and rushed the stands to fight the fan. Except he went after the wrong fan, and a brawl occurred between fans and players.

Today in sports history November 19th, 2004. The Malace in The Palace

So many different players were involved. But some fun facts were discovered on this tweet. Detroit Pistons center Derrick Coleman threatened to kill Stephen Jackson. A fan tried to see Jermaine O’Neal. A Pacers radio guy broke 5 vertebrae’s, oh and Ben Wallace punched Fred Jone’s brother in the face. Suspensions were handed out obviously, and Ron Artest was suspended the rest of the regular season. 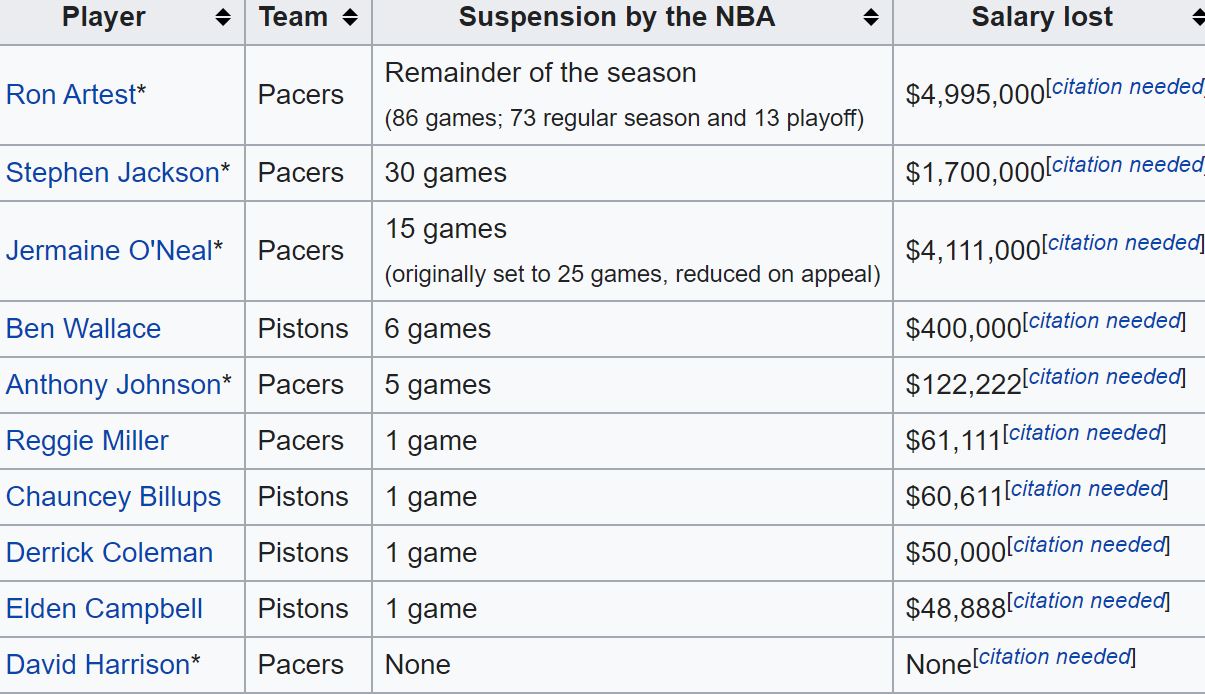