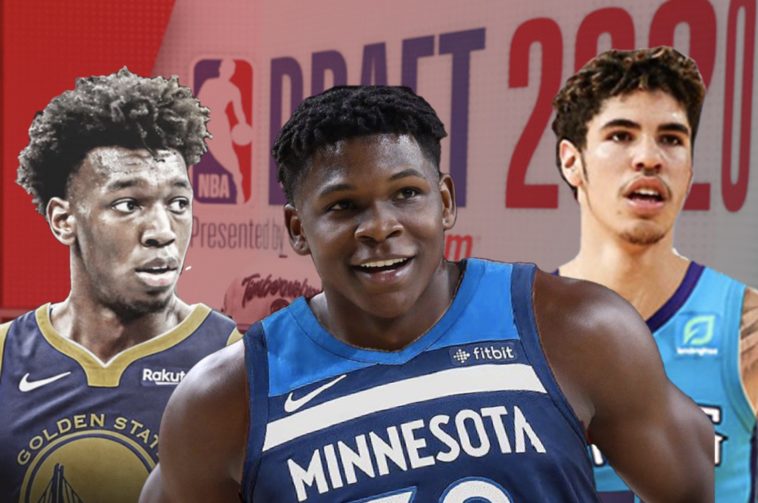 The 2020 NBA Draft is unlike any other. For one, the players in the top 3 all not can’t miss prospects. Unlike last year when the top 2 were Zion Williamson and Ja Morant, this year we have a bunch of question marks in Anthony Edwards, James Wiseman and LaMelo Ball. But alas the Timberwolves, Warriors and Hornets are on the clock. I decided to simply rate the excitement level I have of watching the first 3 picks of the NBA Draft.

Anthony Edwards seems like a nice and good kid. However, after the Timberwolves selected Anthony Edwards first, the first thing that popped in my head was the fact that he says he doesn’t love basketball, and would rather play football.

It's always good to take the guy who doesn't love basketball with the first pick.. hope Anthony Edwards is good though

Wiseman could end up being the best player in this draft. But for some reason the big man isn’t quite what it used to be. With the news that Klay Thompson could have suffered a serious injury the Warriors will depend on Wiseman to contribute right away. Frankly, just excited to watch Steph again. And seeing him cry after being drafted I believe in this dude.

This is perfect. LaMelo Ball will go to a place where he can be ball dominant and put up a ton of shots and put some life in the Hornets organization. Oh and you might have heard of his dad.. LaVar Ball.. he once said he could beat Michael Jordan one on one. Well maybe we can see them play now. Oh LaMelo Ball has more Instagram followers then Michael Jordan ( MJ doesn’t have an Instagram though)

So will we see LaVar Ball and Michael Jordan play one on one now?