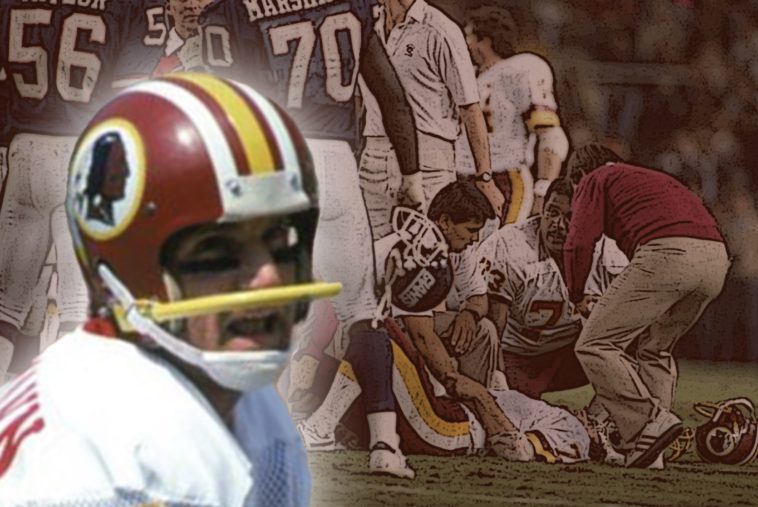 Today in sports history November 18th, 1985 Washington Redskin’s Quarterback Joe Theismann suffered what was one of the most gruesome knee injuries in history of the NFL. On Monday Night Football against the New York Giants on a fleak flicker out of all plays, Theismann was tackled by Taylor Lawerence and his leg went into directions that legs should not go to.

As soon as Theismann got tackled, you could see the reaction from Taylor Lawerence where he signals for help. On the live broadcast you could not tell quite what happened until the reverse angle was shown. It was one of the most iconic moments in Monday Night Football history. Unfortuantely, for Theismann his all-pro left tackle was out who would have been trying to handle Taylor Lawerence.

Despite all the bad luck, Theismann had one thing that was lucky for him. He had listened to the advice of the team’s owner and taken out an insurance policy, if he had suffered a career-ending injury. This injury ended his career and Theismann collected the unsrance money. Years later Alex Smith suffered a similar injury on the same field.

Smith's injury happens 33 years to the day of Theismann's. pic.twitter.com/OZ4jIMydPG