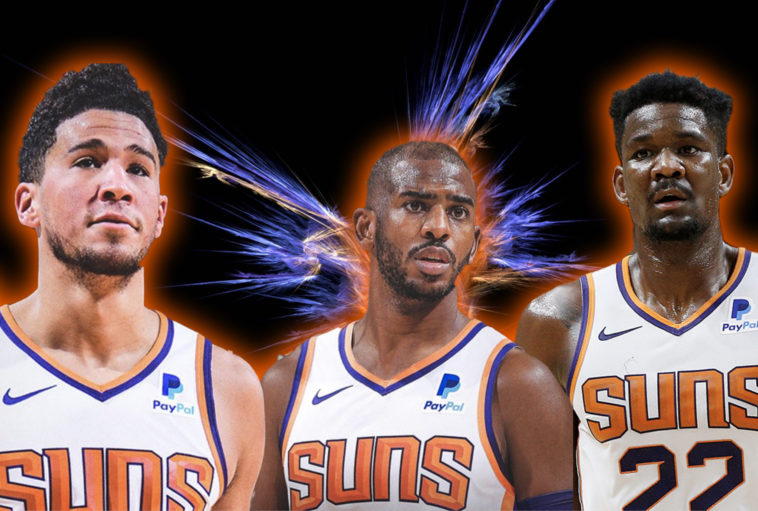 Chris Paul is headed to the Valley of the Sun to play alongside Devin Booker and DeAndre Ayton. Now, the ramfications in the Western Conference of course will be huge.

This takes the Thunder from a playoff team to a team that should be clamoring for the worst record in the league. As a NBA widow (former Seattle SuperSonics fan here), nothing will make me happier than seeing the Thunder become one of the worst teams in the NBA. However, they also have an abundance of 1st round draft picks so I might be kicking myself watching the Thunder win the 2030 NBA championship.

That’s beside the point of this exericise however. I am just excited I am allowing myself to root for Chirs Paul. Chris Paul was one of my favorite players in the NBA during his time in New Orleans and the beginning of his time with the Clippers. Then the following timeline occured:

After Ballmer bought the Clippers, I just could not help but root against them. Why? Well for one, instead of finding a way to bring a franchise to Seattle, he went an bought an LA team. Bad move for me. Second, Steve Ballmer I believe did a bad job as Microsoft CEO. He took an innovative company and turned it into what felt like a souless factory of software. So Chris Paul I could no longer root for him playing under Steve Baller,

There is no team I have had disdain for more than the James Harden Rockets. Mike D’Antoni coached a team that to me was the worst watch of good teams in the NBA. Dribble. Dribble. Dribble. Dribble. Dribble. Dribble. Shoot a three. I hated it. So when Chris Paul joined the Rockets I had to root against him again. Plus, he was kind of a dick the whole time in Houston, always was mean to my favorite player Steph Curry and seemed to be unhappy always. Turns out he was, and got traded.

Chris Paul Traded To The Thunder

I think I’ve already explained why I hate the Thunder. Seriously. I can’t stand the Thunder.

Chris Paul Traded To The Suns

Now I can like Chris Paul again. For one; yes, I am a Seattle guy. But, I have been flirting with the Phoenix area for years and am planning to make a move to Phoenix in 2021 (still will be a Seattle sports fan obviously). In reality I think this is a great fit for the Suns and for CP3. The Suns who went 8-0 in the playoff bubble get to add a point guard who can help advise two young stars. Usually, when you two young stars you pair them a third young star, and veterans usually pair with veterans. But I think the reality of having CP3 mentor Devin Booke rand DeAndre Ayton to become real professionals will be a huge plus in their career. And at the end I am just happy I can root for Chris Paul again.

When you hear the Suns front office got you Chris Paul pic.twitter.com/978jHKbBBP