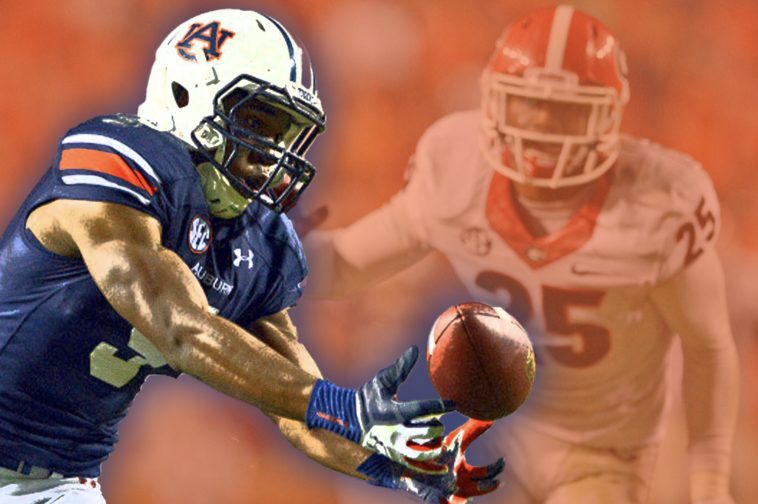 Today in sports history Novembe 16th, 2013 Auburn defeated Georgia 43-38 on a last second hail mary which was dubbed the Prayer at Jordan-Hare. The Number 7 ranked Auburn Tigers were down 38-37 against the 25th ranked Georgia Bull Dogs. It was 4th down and 18 when junior quarterback Nick Marshall threw a 73 yard touchdown pass to sophmore wide reciever Ricardo Louis. It was tipped right into Ricardo Louis’s grasp and he galloped into the end zone.

Today in sports history November 16th, 2013 one of the most iconic Hail Marys (feels fitting after yesterday’s Kyler Murray to DeAndre Hopkins)

The matchup between Georgia and Auburn is the south’s oldest rivalry. It was the 118th matchup between the two teams and at the time it got Auburn into a tie in the series between the two teams. As teammates sprinted into the end zone to celebrate with Louis IMG Auburn Sports Network announcer Rod Bramblett said famously “A Miracle In Jordan-Hare”. T-shirts were sold and it became one of the most iconic moments in recent college football history.