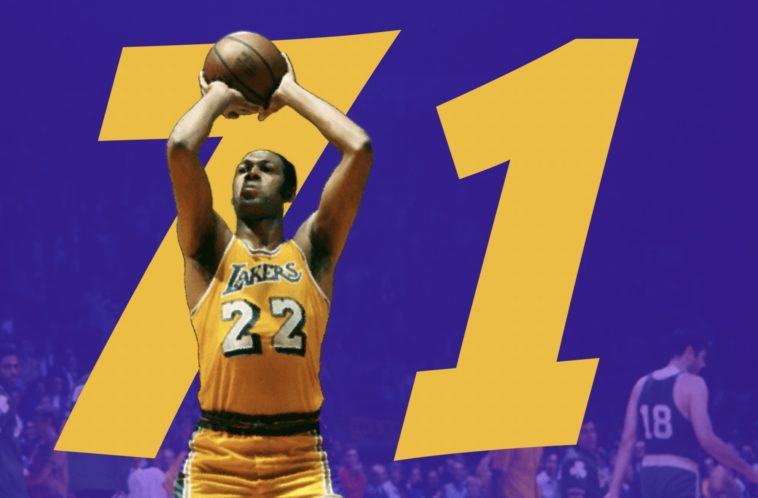 Today in sports history November 15th, 1960. Elgin Baylor dropped 71 points for the Los Angeles Lakers at Madison Square Garden, the mecca of basketball. The Lakers won the game 123- 108  and Elgin Baylor added 25 rebounds to his 71 point total. In reality just thinking about the odds of someone like Baylor scoring 71 points without a three point line is incredible. To make matters even more incredible, Elgin Baylor was only in his 2nd year in the NBA after winning rookie of the year

Not gonna lie, had no idea Elgin Baylor led Seattle U. to the 1958 Final Four. pic.twitter.com/LX1ERBuazO

The 71 points dropped by Elgin Baylor remains 8th all time in points in a single game.