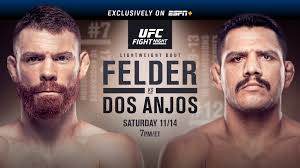 It’s Saturday, that can mean only one thing. UFC is back and better than ever. It wouldn’t be UFC in the age of COVID-19 without a little bit of shifting and shaping of the card because of fighters dropping out. Look no further than the main event tonight, which was supposed to be the start of the ascent towards Lightweight gold for Islam Makhachev. Obviously, as we’ve heard earlier in the week and as you are reading the headline of the blog, we have a new main event. Makhachev had to withdraw last minute with an undisclosed injury. Scrambling to find a replacement in less than a week’s notice, in steps Paul Felder, the same man who was set to call the fight tonight for ESPN. Great story for the Irish Dragon and honestly, a pretty great matchup for Felder to get another tough win against a huge name. The main event is obviously one to look forward to, but let’s take a closer look at the rest of the card along with some updated gambling lines. 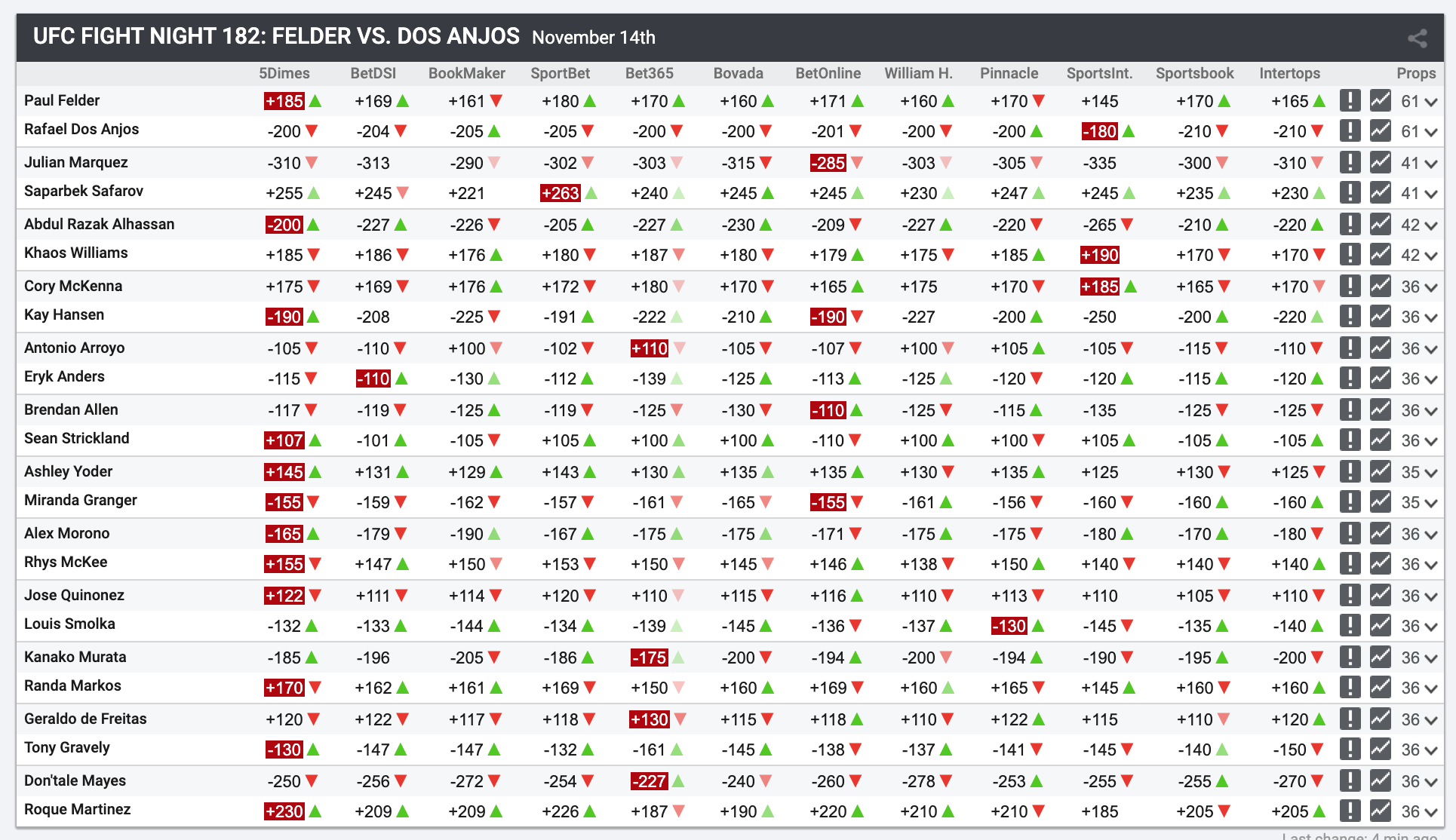 This graphic has all of the updated odds but not all the correct slate of fights, like the graphic below: 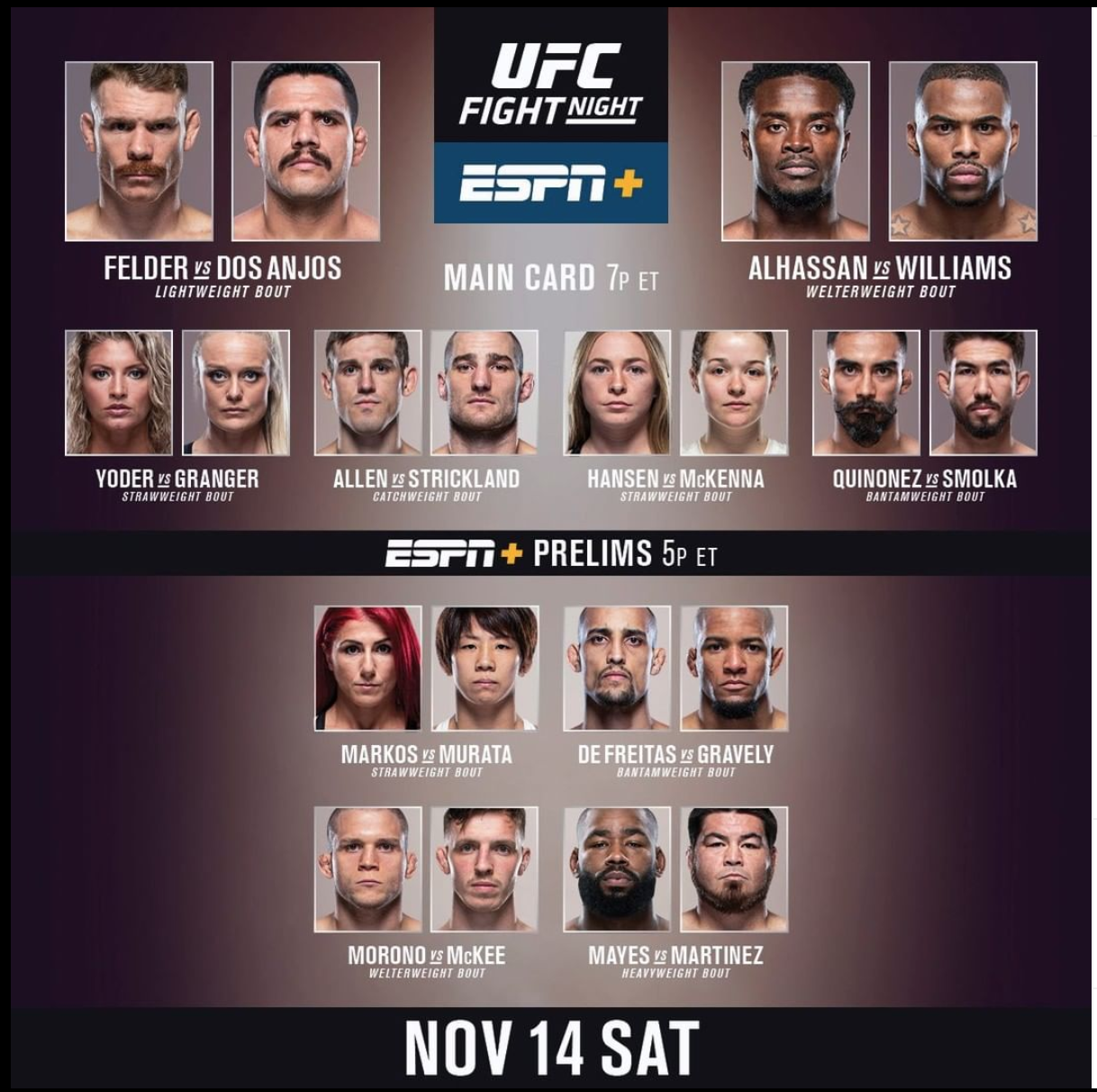 Rhys McKee (+155) – Both McKee and his opponent Alex Morono are coming off of first-round knockout defeats in their most recent bouts. Morono got finished in 27 seconds and McKee got played with for 3 minutes by Khamzat Chimaev. I’m going to ride with the guy who has less experience in the octagon, so it’s a bit of a risk, but I like the reach advantage here.

Geraldo de Freitas (+120) – Two guys with very little experience in the octagon, I’m going to ride with the guy who has gone the distance in fights. de Freitas should be able to outlast Gravely in this one.

Kanako Murata (-185) – I’ve never been a Randa Markos fan. Kanako Murata is making her UFC debut and I’ll be honest, the most I’ve seen from her is some mild scouting on YouTube. But all you really need to know is that she came out to a weigh-in as a title challenger in this Luchador Mask: 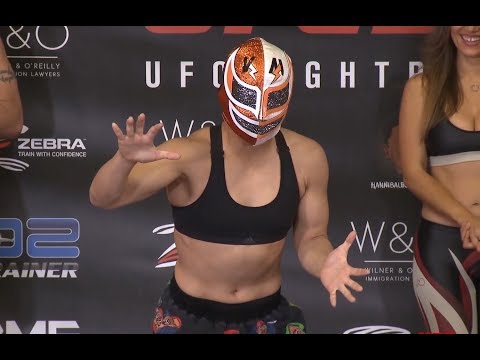 Then went on to win the title. Big fan of Murata already.

Luis Smolka (-132) – This is a pick purely on experience. I don’t think Quinonez can hang with Smolka.

Cory McKenna (+175) – Two Dana White Contender Series veterans looking to impress in the UFC. I really like both of these girls as prospects but give me McKenna because she has the betting value.

Sean Strickland (+107) – Another match-up between two fighters that I really like and rarely bet against. Strickland is bouncing back on short notice as he just got a W on Halloween, 2 weeks ago. Allen is a top prospect in this division and I think this could be Fight of the Night. Give me the slight value with Strickland

Miranda Granger (-155) – Granger was all set up to be an undefeated rising star in the UFC until she wasn’t. A tale as old as time in mixed martial arts, staying undefeated is hard. The true greats bounce back from their losses and we will see what Granger is made of tonight as she looks to bounce back from her first defeat ever. I like the number and I like the match-up.

Abdul Razak Alhassan (-200) – Two massively explosive dudes in the Co-Main event. Alhassan has too much power for me to bet against. I’m a huge fan of Kharma Williams but I just think that Alhassan’s dynamite for hands will be too much for Williams

Paul Felder (+185) – The smart money probably says that RDA has a lot of value in this fight, but I’m not smart money, it’s a fight after all. I ride with my guys. Paul Felder should put on a show here and get another top W.

The whole card is wall to wall on ESPN+ starting at 4PM CT. Make sure to follow along on Twitter @SONTChicago for all things Chicago sports.