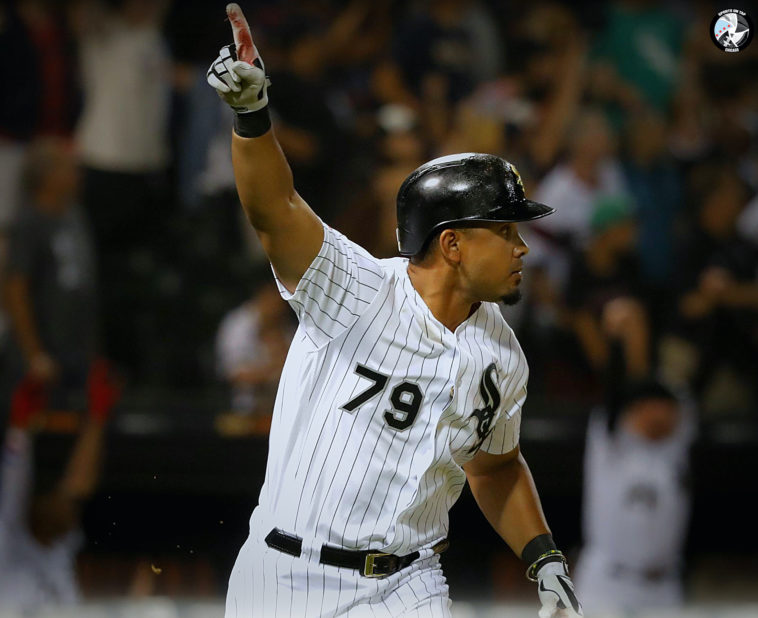 Finally, most of the way through a crazy week in the White Sox universe, some good news has arrived. And, all things considered, there isn’t a more deserving person in the sport.

After a dominant 2020 season that saw him reach a new peak, Jose Abreu has brought home the highest individual honor baseball has to offer by winning the 2020 American League Most Valuable Player Award.

Certainly an argument could have been made for Jose Ramirez, DJ LaMahieu, or even Shane Bieber being a deserving MVP, it seemed that Abreu was the one who fit the bill for the “Valuable” in MVP.  The man who was at the heart of the first White Sox team to make the playoffs since the George W. Bush administration, who had gone through two separate rebuild phases, had to be the most valuable player in 2020.

While I think I’m convincing, the voters did tend to agree with me, putting Abreu in first by a sizable margin with 21 of 30 first place votes cast for him.

The fact of the matter is, Jose Abreu checked every box there is for the MVP.  When it comes to MVP moments, Jose had plenty of those.  Whether it was murdering the Cubs on their own field:

Babe Abreu with another one, all these Jose homer tweets are getting exhausting #WhiteSox #ChangeTheGame
pic.twitter.com/A4hN3wrGcf

Homering off the eventual Cy Young winner is his first crack at Sunday Night Baseball in his career:

Jose Abreu’s home run chain is adding another gold chain for every dinger he hits this year #ChangeTheGame #WhiteSox
pic.twitter.com/nbJmjfBv0n

Or tying a division rival in a pivotal game when his team desperately needed a spark:

Statistically, the 2020 season was the definition of a renaissance for Abreu, as he put up easily the best numbers of his career.

Compared to the rest of the league, Abreu was also in cruise control.  Looking back at a comparison of his stats I originally put together when Abreu was at his peak in early September, seemingly destined for an MVP:

Flat out dominance in basically every major offensive category.  Hell, the last time someone not named Jose Abreu led the American League in RBI’s, the White Sox hadn’t yet missed out on Manny Machado.  Say what you will about RBI’s, but no one is better at driving them in than MVPito.

Of course, this MVP award comes down to more than numbers.  On top of the storybook moments I mentioned earlier, this award is about where Abreu stands in White Sox history, both all time and in this moment.  While being an all time great, he stands uniquely as the bridge between two distinct eras of this franchise, perhaps being the symbolic Moses leading the White Sox into their best era in 121 years of American League baseball.

Coming just about one year after the White Sox received some flack for what was viewed as a legacy, “thank you for service”, Reinsdorfian contract makes this award even sweeter.

But for it to be Mr. White Sox, the man who has put up with it all in his time, who has been here through losing and jersey cutting and children leading mutinies, who has been a archetypal professional for a franchise going through dark times?  A man who has quietly been one of the most productive players in baseball and one of the very best in franchise history? That is awesome.  There’s no other way to put it.

While the future is bright for this team, it’s important to take in this moment for an all time White Sox great.  Thanks for everything, Jose, this is for you.

We are a mess after watching José Abreu’s reaction to being named MVP. ? pic.twitter.com/m76zuD11Td