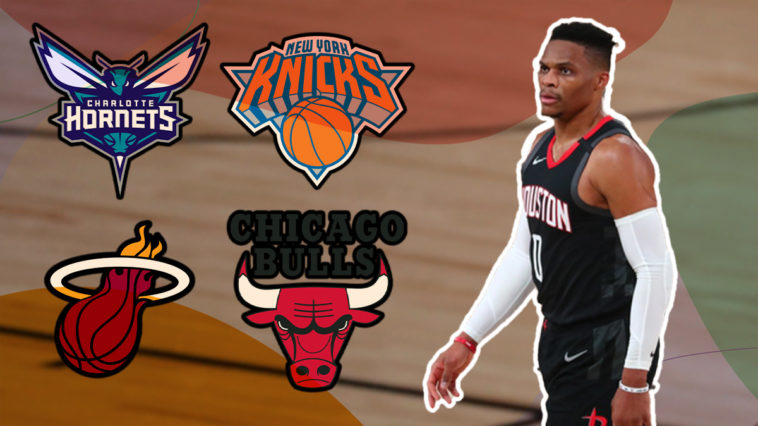 This happened much faster than we all could’ve expected, but after one season, and a second-round exit in the playoffs, Russell Westbrook wants out of the Houston Rockets.

The news arrives on the heels of a report from ESPN’s Adrian Wojnarowski and Tim MacMahon that both Westbrook and James Harden share concerns about the future of the franchise. Both former MVP guards have expressed their concerns with team management and their agents, according to the report.

While James Harden has expressed that he want to stay in Houston despite some concerns, the Rockets had a waterfall of news expressing a lot of players unhappy with their situation yesterday:

Trouble brewing in Houston, via The Athletic:

There are a numerous amount of sources that are saying there are suitors for Russell Westbrook including the Miami Heat, Chicago Bulls, New York Knicks, Charlotte Hornets, Atlanta Hawks, LA Clippers, LA Lakers, Detroit Pistons, and the Phoenix Suns.

Potential suitors for Russell Westbrook if he wants out include the Hawks, Hornets, Clippers, Lakers, Pistons, Knicks and Suns, per @BobbyMarks42 pic.twitter.com/2lDdkQbW3k

The season starts in a month and 10 days, so there is going to be a move made soon if these reports are 100% true… Russell Westbrook and his extremely large contract is going to be the biggest concern for most teams.