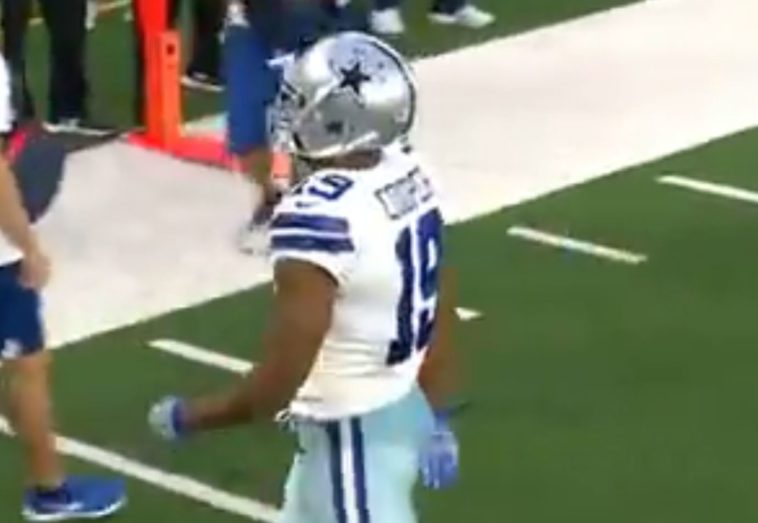 During the Dallas Cowboys surprise performance Sunday versus the Pittsburgh Steelers, Amari Cooper was coming off the field when former Cowboys QB and now CBS sports announcer Tony Romo appeared to say something about Amari Coopers “ass”. What exactly did he say? Well it appeared that he said that Amari Cooper has a “Juicy Ass”.

Tony Romo wants you to see that juicy ass ?

Honestly, I tweeted this out and didn’t think so many people would retweet, comment and share it around the internet so thanks. However, I think he is reffering to the amount of sweat that Amari Cooper has as he was running off of the field.