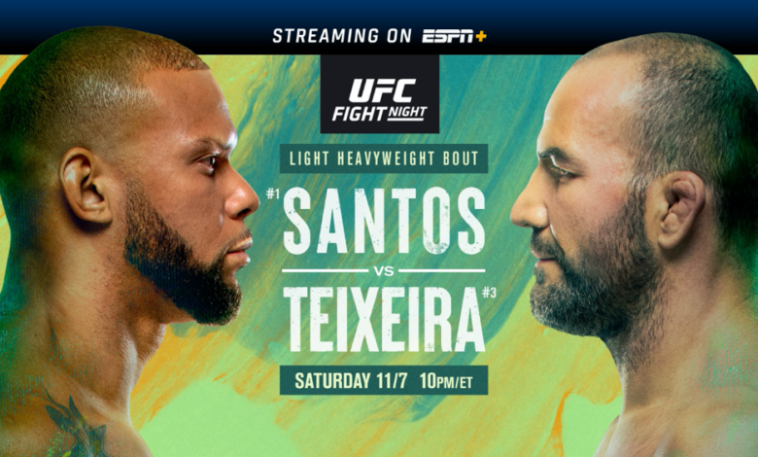 Back again after another steady week of UFC picks, 6-5 last week. Made some money but obviously, there is some room for growth. We have a solid main event that could have had some serious title implications at 205 lbs had the UFC not announced that UFC Lightweight Champ Jan Blachowicz would be defending his title next against Middleweight King Israel Adesanya. Kind of took a ton of air out of this main event as these guys aren’t necessarily fighting for a title shot anymore. But alas, they will press on as a top 5 win will always be a good thing no matter what a fighter may be chasing.

In the Co-Main event, we have a match-up between the old guard and the new. Former UFC Heavyweight Champ, Andrei Arlovski who is somehow still fighting at a top-level at 41 years of age takes on exciting up and comer Tanner Boser who is looking to make this a 3-fight win streak. We see these kinds of match-ups quite often in the octagon, it’s essentially a test for Boser to see if he is as legit as we all think he is. Everyone is pretty confident he will deliver and will move onto bigger and better things after this one. Potentially a match-up with Greg Hardy? Boser has been vocal about fighting Maurice Greene in the past. Greene obviously lost last week against Greg Hardy so maybe the UFC makes that fight next if Boser can get a W tonight.

There are definitely some exciting fights at the top of the card, but as a whole the UFC always delivers. So without further ado, let’s take a look at all of the match-ups: 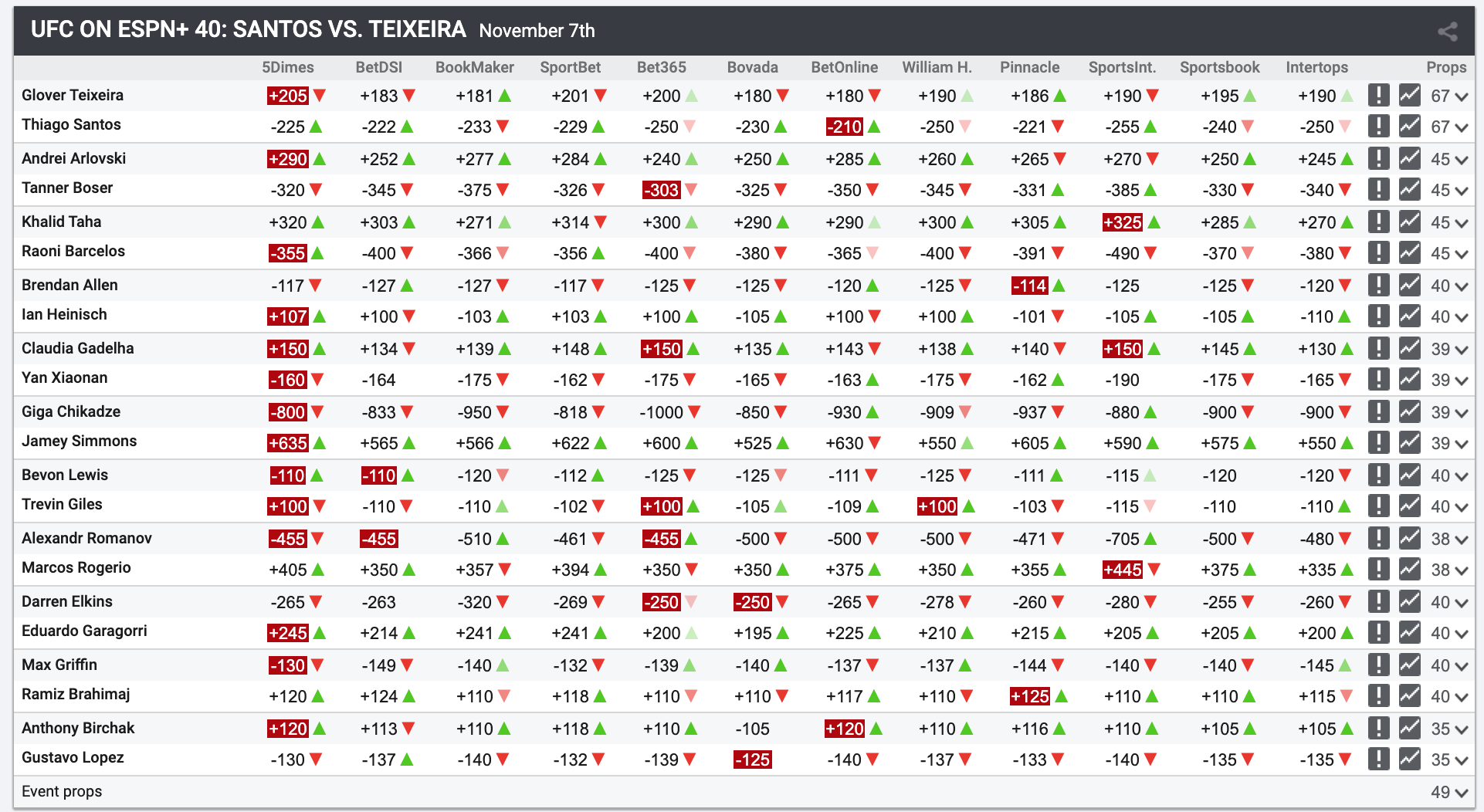 As always, let’s pick them all.

Gustavo Lopez (-130) – Haven’t seen much of either of these guys. I like the track record of Lopez a little better than Birchak. I think he has fought better competition so hopefully, that plays out.

Ramiz Brahimaj (+120) – Another guy that I haven’t seen much of, he is a prospect for the UFC and he’s fighting some decent competition in his debut. Max Griffin has been sliding as of late and is the older fighter so let’s roll with the underdog here.

Eduardo Garragorri (+245) – Similar circumstances as the previous fight, I’m going to ride with the fighter who has been trending in the right direction. Elkins is on an all-time skid. He’s lost 4 straight against increasingly worse talent. Let’s ride with the dog again.

Alexandr Romonov (-455) – Rogerio has great odds at +405 but I’m a huge Romonov guy in this spot, I think he’s an absolute beast and should try to fight the winner of the Co-Main Event if he shows out in this fight.

Trevin Giles (+110)- I think this could be one of the best fights of the night. Two absolute beasts, there are going to be a lot of heavy shots but I think Trevin Giles can methodically win this fight, the judges love him.

Cladia Gadelha (+150) – Any chance I can get to bet on Claudia as an underdog, I jump on. She’s an absolute stud and I think she’ll be able to handle the up and coming Yan. Should be a very interesting fight because these are two studs.

Brendan Allen (-117) – Huge “All In” Allen guy. I think this is a very interesting matchup because Allen gives up the strength advantage to Heinisch. We shall see if that will even matter in this matchup at all as Allen is a savvy fighter that can find ways to win wherever he takes his opponent.

Raoni Barcelos (-355) – This will be another firecracker of a matchup. Barcelos just has an advantage in the jiujitsu department. I’m banking on that to be enough in this close fight. This fight will be a lot closer than the number but I’m still riding with the heavy favorite.

Tanner Boser (-320) – he should handle Arlovski pretty easily. very high on Boser I think he can be a future title challenger in the heavyweight division. Just needs to string a few more W’s together.

Glover Teixeira (+205) – Probably going to be kicking myself for taking the older fighter for the second week in a row as the main event winner. I just think Glover still has a lot in the tank. Santos is coming off an absolute dismantling from Jon Jones over a year ago, where he was left with a torn ACL, MCL, PCL, and meniscus in his left knee. Although some think he gave Jones his best test, I think he’ll never be the same. Give me Glover as the underdog coming off a huge win against Anthony Smith.