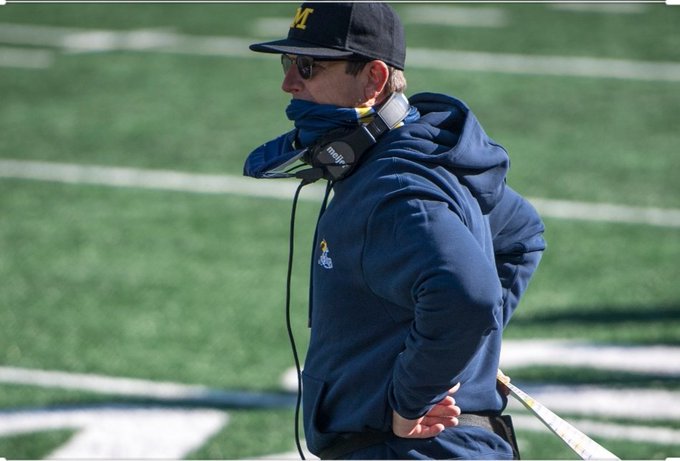 Earlier today (while USC was losing) I tweeted that there were four major programs that really needed a return to their glory days. USC, Texas, Nebraska and Michigan. The more I thought about it however, there were two more programs that deserved to be talked about in Tennssee and Miami.

Texas, USC, Michigan and Nebraska all 4 programs are waiting to return to the glory days. Which one will first?

So I decided to rank for the rest of the college football season these 6 programs and where they stand in the “return to glory rankings”:

It seems like Nebraska has the right head coach in Scott Frost, however, it seems like Scott Frost had better athletes at UCF then he does at Nebraska. Being in the big 10 does not help either.

There has been nothing I have been more wrong about in my life than the Jim Harbaugh hiring (and I’ve been wrong a lot). I said Michigan would lose.

Indiana snapped a 24-game losing streak against Michigan today, earning its first win against the Wolverines since 1987.

That’s bad loss. The Volutneers seem to have the right coach but they can’t get over the hump and the SEC is the toughest conference in all of college football.

I love the Tennessee Volunteers and it sucks

Only reason I have USC below Texas is because I THINK that Texas likes Tom Herman a lot more than USC likes Chase Helton. But it’s close.

Texas has been so close to back that it’s funny. They did lose to Oklahoma earlier this year and  then went on to beat Oklahoma State. They are close but they aren’t back quite yet.

The U seems to have the right head coach who understands the culture. Seems to have recruiting tightened up in South Florida, and seem to have their swag back. They are close to return to glory.

D'Eriq King has a Heisman type of game for Miami Hurricanes in win at NC State https://t.co/EzHCktKJyO pic.twitter.com/mlWsPoPvT1